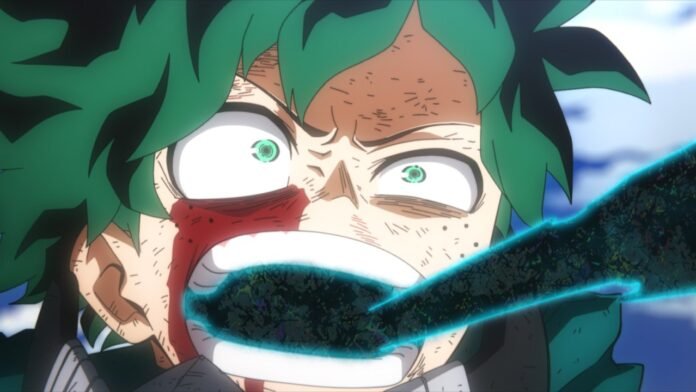 The anime series My Hero Academia opened the end of the first part of season 6 with Shigaraki’s departure from the battlefield and new revelations the heroes have to deal with, especially Endeavor about one of the villains.

The sixth season of My Hero Academia was very intense, after the heroes launched an attack on the base of the villains, and Shigaraki received the power of All For One and other facts that surprised everyone.

Despite the fact that the first part is over, the second part already has a release date and we will not wait as long as we thought, because there are still things to be solved, and some heroes will take a long time to recover.

The anime series has confirmed that the continuation of the 6th season will be released with the 14th episode, but it will not be next week, as they will have a break for the New Year holidays, but we will be able to see the young heroes in the composition of the winter season 2023.

Share
Facebook
Twitter
Pinterest
WhatsApp
Previous article
In South Korea, the first death from the brain-damaging amoeba Naegleria Fowler KXan 36 Daily News has been recorded
Next article
“They stole again!”: Nikas Safronov complained about the problems with his house in Turkey