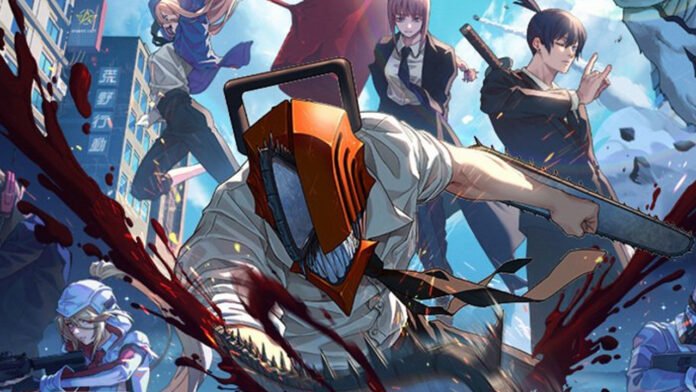 The Chainsaw Man anime may have come to an end, but the franchise isn’t about to completely disappear from the map as Chainsaw Man is now announced to have an epic collaboration with the popular Knives Out battle royale. Thus, the Public Security Devil Hunters will arrive on the battlefield to demonstrate their best techniques.

The video game developed by NetEase has announced a collaboration with the Tatsuki Fujimoto series, which will run within the game from January 1 to 13, 2023. The exact details of the crossover have yet to be revealed, but the trailer that has been released shows Makima, Denki, Power, and all the main characters of Chainsaw Man fighting in an epic battle:

There is no doubt that Chainsaw Man became one of the feats of the year in the anime world, because despite the fact that its first part only had 12 episodes, each of them had its own ending theme and video. Now you can see them all in one collection, because at the moment it’s too early to talk about the second part. In addition, you can already read the manga, including the second part, which is published weekly on the Manga Plus website.