HomeSportsAn unprecedented KHL experiment: all controversial episodes will be shown in a...
Sports

An unprecedented KHL experiment: all controversial episodes will be shown in a video cube! But is the public ready for it? 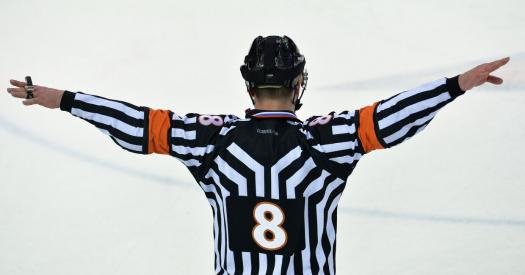 It is true that not all 22 clubs in the league are taking part in the experimental action, but only 12. So far, everything is being done on a voluntary basis. Whoever wants and is ready to bring replays to the audience, potentially threatening riots in the stands, will have the flag in their hands. Whoever does not intend to take risks, as well as distract his team, perhaps with vain hopes, please live in the old way.

That’s who said “yes” by voting.

As you can see, the KHL novelty was especially enthusiastic in the East, where it was ignored only by Sibir, Admiral, Neftekhimik and Traktor. But in the West, the main favorites SKA and CSKA, playing in excellent modern stadiums, decided not to distract the players with, let’s say, all sorts of nonsense a month before the playoffs. They were joined by Spartak Minsk, Dynamo Minsk, Kunlun and Torpedo fighting for a playoff spot.

However, not everything is clear here. Somewhere elementary there is no way to send the corresponding image. As, in particular, in Nizhny Novgorod.

What exactly do they promise to pamper the public that came to the palace? Repeat each infraction, which is punishable by expulsion. Including those that the referees are considering for a sanction until the end of the match. More situations related to the request for coaches.

The argument of the main referee of the KHL Alexei Anisimov is simple and logical: a fan who has bought a hockey ticket should have the same comfortable and complete image as a puck fan sitting on the couch watching TV. Until now, it turned out that on TV everything was chewed up with numerous replays from different points, and the viewer in the stands did not have any information and could get bored up to five minutes or even more, while the referee and linesmen studied. The controversial episode on the referee table monitor.

All this is wonderful and progressive. The question is, how objective are those who handle the videocube? Will it not turn out that the fouls of the guests will be shown from all available angles, and the violations of the hosts will be shown from some distant camera, where hell is not visible?

Even if a certain standard is initially set for the procedure for displaying all these situations on a video cube, the risk of inappropriate public reaction cannot be avoided. Sometimes the line between a clean reception and a violation is extremely thin. Anisimov himself, when he comes to KHL-TV once a month as part of the “Judicial” program for the execution of Leonid Weisfeld, often admits that this or that moment is extremely difficult for an unambiguous decision. And when there is a choice in such borderline episodes: to please the stadium in order to avoid possible hatred, or to side with the guests and settle, most likely, the referees will whistle in favor of the hosts.

In short, there are still questions. Only practice will solve them.

In St. Petersburg, in the last duel of armies of the regular season, SKA and CSKA will manage with decorum and nobility. The old way. No one needs to get extra warm in the cradle of the revolution.

Share
Facebook
Twitter
Pinterest
WhatsApp
Previous article
The day of the announcement of the transfer of tanks by the West and Zelensky’s name day in Ukraine was used to recognize the loss of Soledar.
Next article
Siemens Gamesa bids farewell to the Spanish stock market after two decades of listing