HomeSportsAndrey Chernyshov: In India, everyone supported Brazil or Argentina. Sometimes there...
Sports

Andrey Chernyshov: In India, everyone supported Brazil or Argentina. Sometimes there were fights. 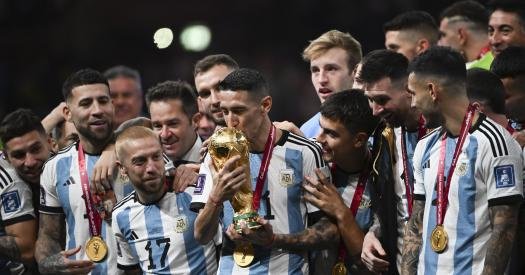 In it, we summarize the results of the 2022 World Cup that ended in Qatar. But Andrei has been working in India for the second year, where he coaches the Calcutta Mohammedan club. Today we talk about life in India and the attitude of Indians towards football.

– India is not the most soccer country. Did the Indians watch the World Cup?

– We had many games away from home during the World Cup. We saw great interest in the championship in these cities. Also, as I understand it, the residents are mainly divided into two camps: fans of the Brazilian national team and fans of Argentina. Let’s go – the big flag of Brazil, where the fans of the Brazilians gathered during the matches. On the other, a large flag of Argentina. Accordingly, fans of Messi and the Argentine national team gathered here.

I did not see the flags of other countries at all. During the matches in Brazil or Argentina, all the cafes in the city center were full, people watched football. In the neighborhoods it’s easier: the TV was brought out onto the street, people got together and watched football.

They wrote that in one of the cities there was a serious fight only between fans from Argentina and Brazil. There were victims.

– In other words, are the Indians beginning to soak up soccer?

– A familiar journalist said that a decent number of journalists from India worked on the World Cup in Qatar.

– How did India perform in the 2022 World Cup qualifying tournament?

– There is a difficult selection, several stages. India passed the first stage, but then it was difficult. The Hindus play Iran and Saudi Arabia. The opponents are very good.

– In India, do the successes of Morocco, Iran, Japan inspire you?

– The assistants translated some articles for me. There is such a trend: stop talking, saying that we need to develop football. It’s time to get down to business, start with youth football. It’s time to start training players of a good level, make your way in the world championships, etc. I just gave the example of Japan, Iran, South Korea.

How is your team this season?

– We have passed only seven rounds. The team is at the top of the standings. Now we are going to travel, then the Christmas holidays. The championship will resume on January 6 and end at the end of March.

But this season, another tournament was introduced: the Super Bowl. He will play in the four best teams in the Super League and four in our league.

– Does your team play in the analogue of our first league?

– Yes, there is also the Super League, but clubs with big budgets play there. If the owners find good money, they can enter the Super League. This is actually a closed league.

– Is it possible to enter the Super League in a sporting way?

– Now there is some movement, FIFA is connected with this topic. So far, nothing is clear. If no one will be relegated from the Super League, but only leave our league, this is also not normal.

– Does management assign you tasks?

– Last year, when I came, they told me that there is a plan for three years. Gradually build a team and in the third year win the championship. But we finished second in our league last season and reached the final of a very prestigious cup. They lost to the Super League team. The appetite of club owners has increased. They forgot about the three-year plan, they want us to be champions this year.

– Did you, as a white knight, get a palace or live in a house?

– I live in a hotel, everything is there – food, a gym. I feel comfortable. In addition, the family is in Moscow. The hotel is quite satisfactory.