HomeSportsAssessment of the expensive youngsters recently arrived at Real Madrid. there...
Sports

Assessment of the expensive youngsters recently arrived at Real Madrid. there were no failures 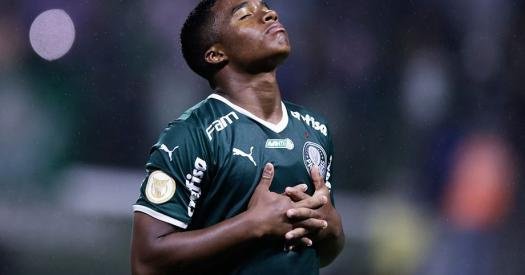 In the middle of December 22, 2022, Real Madrid announced a record deal for the transfer of 16-year-old Andrik, for which his former club Palmeiras could receive around 60 million euros. A fantastic amount, but Madrid have long been accustomed to investing in ambitious players. In this article, we’ll take a look at the careers of other gamers who have linked their careers at 18 (and under) to “creamy.”

In 2016, the central defender of the Spain youth team, Jesús Vallejo, joined Real Madrid, but he was unfortunate enough to be there at the most inopportune moment for it. Then at the top were Rafael Varane and Sergio Ramos, and Vallejo was content with a few minutes.

As a result, Vallejo went on loan to Eintracht, Wolverhampton, Granada, and with Real Madrid he has only 28 appearances in seven seasons. This could be considered a failure for the buying club, but the good thing is that the transfer cost only 5 million euros.

This character cost Real Madrid much more: 30 million euros. Reinier has not played for the Spanish team for a minute, and all this time he is trying to perform on loan. He was first picked up by Borussia Dortmund, who are famous for their ability to develop young players, but even they couldn’t do anything with the midfielder.

Reinier didn’t make a first-team player in two years in the Bundesliga, scoring just one goal and one assist. Now the Brazilian has gone to Girona, but the result is also regular: 3.5 complete matches and 1 goal scored.

Kubo is the only one with an unusual football history who has never made a name for himself. At the age of 11, the young man joined Barcelona, ​​for which the Catalan club was later sanctioned, and Takefusa was sent to his house in Japan.

In 2019, at the age of 18, Kubo signed a long-term contract with Real Madrid, but without having the opportunity, like many other players from the capital club, he went to try out on loan. The Japanese winger played in Mallorca, Villarreal and Getafe before Real Sociedad bought the Japanese player for 6.5 million euros.

And if no one in Madrid misses the aforementioned players, then a couple of tears can be shed over the loss of Theo. In 2017, the “creamy” had to pay more for Hernández, since he bought it from a fundamental competitor: Atlético de Madrid. 24 million euros did not go to waste, but Theo’s signing cannot be described as a transfer success for Real Madrid.

Hernández played 24 games and in 2019 he went to Milan for 23 million euros, where he became one of the best left-backs of our time. The Creamy could have squeezed much more out of this player, but in the end it wasn’t even enough to recover the money invested.

The Ukrainian goalkeeper moved in the same transfer window as Thibault Courtois, and thus the question of the status of a little-known newcomer was a foregone conclusion. The former Zorya goalkeeper tried his luck at various clubs in Spain in the early years, and since 2020 he remains at Madrid, where he substitutes quite well for his Belgian colleague on occasion.

And everything would be fine, but in 2018 its purchase cost 8.5 million euros, which is too expensive for the second or third goalkeeper of the team. Lunin needs to leave if he wants to play permanently.

In 2019, Florentino Pérez gave 17 million euros for Brahim Díaz from Manchester City, and all for the sake of 595 game minutes (6.6 games) and the subsequent transfer of the Spaniard to another club, where they immediately found an approach to him.

Díaz helped Milan a lot in the fight for the Scudetto and it is likely that the Italians will activate Braim’s release clause in 2023. And if not, then Díaz will return to Madrid, where he will almost certainly not find a place in the base. Díaz didn’t exactly ruin his career by moving to Real Madrid, but it can’t be said that it was realized at this point.

A little over a year has passed since Eduard’s signing, and therefore it is dangerous to draw premature conclusions. However, if we take just this short period, there is a feeling that Rennes could even ask for much more than €31m for a talented French midfielder. Camaving is fine.

The signing of Martin Odegaard has become one of the most famous of the 21st century among young footballers, since in 2015 Real Madrid paid 3 million euros for a 16-year-old Norwegian, and convinced the player himself not only with perspectives, but also with a solid salary of 3 -4 million euros per year.

It seemed crazy then, but in fact, Real Madrid was a bit ahead of its time. The guy tried for a long time to break into the base, but not being able to do it, he ideally took root in Arsenal, which paid 35 million euros for the midfielder. As a result, Real Madrid convinced him of the correctness of signing him, the club made a good profit, and Odegaard himself found himself and became a key player in the top team of the RPL. An ideal story and a plus for the reputation of the “real” great.

Rodrigo in 2019 cost Real Madrid 45 million euros, and here the Spaniards definitely did not fail. Unlike many others, Rodrigo did not go on loan, but from the first moment he tried to break into the base. At first, he was regular, but from the previous season, the Brazilian winger began to bring considerable benefits to Carlo Ancelotti’s team. During half a year this season he has scored 7 goals and 5 assists in 23 games, and the transfer price has skyrocketed to 80 million euros.

Valery Karpin, being the Mallorca coach, in fact revealed the talent of Marco Asensio, whom Real bought for 4 million euros. The Spanish winger hasn’t become a legend for the Galacticos, but he has become a shadow hero of the club’s success over the past 5-7 years. On account of his 250 games, 52 goals and 27 assists.

Surely it could have turned out even better, but sometimes serious injuries interfered.

And finally, the best representative of the young generation and the best investment that Real Madrid has made in the young Brazilian. Only four years have passed since the announcement of the transfer of Vinicius from Flamengo, and he has already managed to become one of the best wingers in the world, thanks to which his price has skyrocketed to 120 million euros.

At the beginning, the Brazilian had a hard time adjusting to LaLiga and seemed more like any runner, but once he felt the confidence and got used to playing for a big club, he started to show something incredible. At the age of 22, Vinicius has 46 goals and 48 assists in 191 games with the Madrid club, as well as 7 titles.

And now the main question: what place will the expensive newcomer Andrik take in this ranking? We’ll probably know in a few years.