HomeSportsBellingham, Gavi, Musiala and some new names. Top talent on the...
Sports

Bellingham, Gavi, Musiala and some new names. Top talent on the verge of a breakthrough in 2023 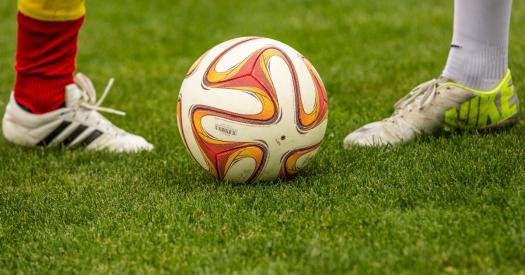 For a long time we did not pay attention to the publications of the Swiss football observatory CIES. And absolutely undeserved. He regularly posts very interesting content. This time, the scientists analyzed the performance of young soccer players (born after January 1, 2002) from 73 leagues around the world (including the RPL) in 2022, divided them into roles and presented a dozen of the most popular players. promising for each (two hundred players in total). No flavor, just math.

To do this, the scientists broke down the technical indicators into eight categories: air defense, low defense, ball returns, forward passes, forward passes and dribbling, chance creation (under-hit passes, assists), finishing, air attack. . And on combinations of these indicators, 19 roles were determined.

Why so much? Because in one position you can play different roles. For example, for full-backs, the researchers chose three options: defensive full-back, attacking full-back, and full-backs (here left/right bidirectional). Each style of play requires a different balance of player qualities.

Based on the mathematical models created for each role and the statistics of the players in 2022, the researchers awarded each player a certain amount of so-called experience points. This universal parameter allowed us to highlight the 10 most promising players for the coming year. There are already established talents here like Jude Bellingham and Gavi and Pedri, but there are also far less popular players. Let’s take a closer look at this top ten.

Like the next four players in the standings, he needs no introduction. Bellingham is the leader of Borussia Dortmund and is already one of England’s key midfielders. He is especially good at creating in the final third of the field, both creating chances for teammates and completing attacks on his own. Even before the 2022 World Cup, Jude was hunted by all the best clubs in Europe, and now they will have to redouble their efforts to win this hectic race.

It’s amazing to see how Barcelona nurture new talent for the first team from time to time. Gavi is also an attacking midfielder, but from a completely different store. He sets up the final shot noticeably less frequently and isn’t as strong on the dribble, but bordering on genius he plays the pass from below, thus creating most of the scoring chances. His connection with Pedri is already called the reincarnation of the Xavi-Andrés Iniesta couple. Gavi is the future of Barcelona for the next decade and a half.

Gavi’s partner in Barcelona and in the Spanish national team, too, first of all, aggravates magnificently due to passes from below, but also plays quite well in tackling, helping the team quickly return the ball and start the next attack. Together with Gavi he is worth more than 300 million euros, although it is clear that these two boys are priceless for blue garnets.

By forward central defense we mean a player who is actively in contact with the ball and in positional attack. These include the best defender from Leipzig and the Croatian national team. CIES points out that his valuation of 122 million euros would make Guardiola the most expensive defender in the world. And although the expected purchase amount is less (they write that Manchester United, Chelsea and Man City are dancing in the region of 90-100 million), this is a great bet on a record for players of their role.

The third player of this role in the top 5 players according to CIES. Either this is the calculation algorithm, or (which is very plausible) the most talented footballers play exactly like central attacking midfielders, in a role that requires a combination of technical and intellectual skills. Lothar Matthäus already called Musiala “Messi” and “Hollywood”. At the World Championships, he also stood out favorably against the background of his teammates.

The general public might be remembered for spending 270 minutes in the 2022 World Cup group for the Ecuadorian team, and German fans know him for playing for Bayer. Incapie is not that tall, his height is the standard 184 cm, but at the same time he is very good at fighting not only downstairs, but also on the second floor. In both aspects, he surpasses Guardiola himself, and in the air, by an order of magnitude. It is known that Chelsea closely follows the footballer.

The hard-hitting goalscorer scored 21 goals in 57 appearances for Santos in 2022 and provided six more assists. According to the investigators’ methodology, his main weapon is a fixed shot, but he also poses a threat and opens up to feed the penalty area. In the last year, he has been consistently included in the CIES rankings of the most promising players.

Due to injury, he managed to spend just 42 minutes at the World Cup, but we know him well from his performances at PSG, where he was remembered for his outstanding attacking and ability to find moments off the pitch. blue. In 12 Ligue 1 games this season, he is 1+4, a solid record for a full-back.

His main talent is wrestling on the ground, in the air or underwater. He very rarely outmatches opponents on a power play, and is also excellent on the tackle. Luqueba is the wall in front of the Lyon goal, which a year ago extended the contract with the defender until 2025.

Investigators estimate its cost eight times less than that of Eduardo Camavinga, but they price it higher. First of all, because of the directly defensive work, both in the national team and in the fight for the bottom, Maya is stronger than the Real Madrid defender. That he is less useful with the ball, but for a footballer his role is not that important, as Casemiro demonstrated. The main thing is not to let opponents get to your gates.

In the CIES ranking there were also several representatives of the RPL, headed by Arsen Zakharyan, whom the Swiss values ​​highly (in September he was among the 5 most talented players in Europe). Let’s list them all:

wings of the soviet

Rostov defender Viktor Melekhin and Krylya Sovetov midfielder Alexander Kovalenko are noteworthy, we recently wrote about the explosive growth at the cost of which. And among the top ten RPL talents there are three players from Krasnodar and two players from Dynamo, the latter in the top three.

Share
Facebook
Twitter
Pinterest
WhatsApp
Previous article
What did the father of the TV presenter Dmitry Borisov say? KXan 36 Daily News
Next article
Orthodox in Ukraine kicked out of churches onto the streets at Christmas