HomeSportsBilyaletdinov returned at the age of 68. And the legend Scotty...
Sports

Bilyaletdinov returned at the age of 68. And the legend Scotty Bowman won the Stanley Cup at 68! 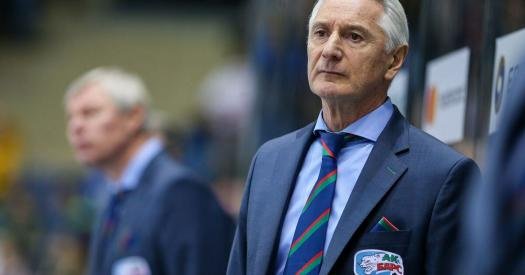 Today they officially announced the appointment of Zinetula Bilyaletdinov as head coach of Ak Bars. The contract is concluded until the end of this season. Yuri Babenko, who took over the shift after Oleg Znarok’s resignation, remains Bill’s assistant. It is rumored that Aleksey Zhamnov, who until the end of the season is the head coach of the Russian national team, is asking for a match in Kazan.

Bilyaletdinov left Ak Bars at the end of the 2018/19 season, which the Kazan team completed after the first round of the playoffs, losing a goal (0-4) to future playoff finalist Avangard.

This off-season, Bill returned to Kazan as an advisor to the club’s general manager. And after the resignation, Znarka moved from the box to the bench, to help Yuri Babenko, who was appointed acting head coach. There was talk of inviting Bob Hartley, which is still being talked about.

And the realities are as follows: the proven Bilyaletdinov was entrusted to solve the maximum problem in Ak Bars. In Kazan, they did not even look at his age – 67 years old. At such a respectable (if not advanced) age for a coach, only Viktor Tikhonov worked at the highest level. And still he not in the club, but in the national team, having accepted it before the 2003/04 season. This is ours. And in the NHL there is the clearest example: Scotty Bowman, who won the Stanley Cup three times with Detroit (1997, 1998, 2022), the last one at age 68.

In the capital of Tatarstan they believe in Bill’s ability to win cups and medals. With Ak Bars, he became the Russian champion in 2006, in 2007 he won the European Cup, three Gagarin Cups (2009, 2010, 2018). And don’t forget the championship with Dynamo Moscow in 2000. As a player, he never got on the top step of the USSR championships podium, but he did take the Union Cup, scoring the winning goal for CSKA in the extension (1976).

There is nothing surprising in Bill’s return, his age is somewhat embarrassing. Anatoly Tarasov returned to CSKA twice, until they left him in 1974. At the incomplete 55 years. By the way, Bilyaletdinov, having led the national team in 2011, formally left Kazan, however, he kept track of it. And he could combine, but he chose a more financially advantageous option for himself.

Now about the legacy that Znark left him. The team is diverse, but skilled. The other day they eliminated Burmistrov, whom Bill described with one word at the 2013 Channel One Cup (in Sochi): “empty”. There is someone to trust. An older coach is unlikely to abandon his philosophy. He does not accept violations of the laws of the game. It is unlikely that the conditional Evseev will encourage raids on other people’s gates – the 18-year-old debutant defender has entered the scoring taste.

First of all, the old new coach will establish discipline and defense. Goalkeepers Bilyalov and Miftakhov should gain confidence. Bill is unlikely to start retraining the experienced Voinov, who practically got into trouble in the quarterfinals of the Sochi Olympics with the Finns (1:3). And Zaripov can now announce his retirement. The only question is whether the coach will allow the captain to play a farewell match at the official level, and not for the Tatarstan national team.

You will have to step on the throat of your own song to the skilled, but unstable Artyom Galimov. However, all this is particular. Tomorrow we await the return of Bilyaletdinov’s party. By the way, a suitable opponent is Metallurg, which deprived Bill and Ak Bars of the champion title in 2007.