HomeSportsDid Spain give the game to Japan? How is this possible?
Sports

Did Spain give the game to Japan? How is this possible? 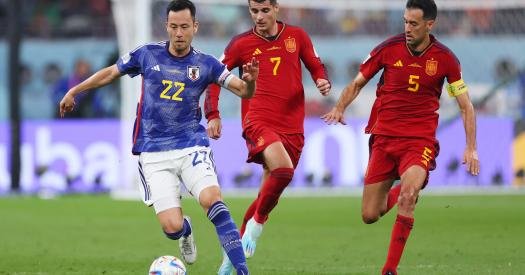 Given / not given, only they know. As only the Swedes and the Danes know if they agreed to play 2:2 at Euro 2004. What can be said for sure: it was beneficial for Spain to lose.

Any fantasies about Costa Rica’s victory over Germany should be put aside. The Germans played in their favor, and in the end they should not have taken revenge on Spain. The psychology of the player is such that he does not strive to make super efforts when it is not necessary. Of course, there is a high-profile example of the England-Croatia match in 2007, but this is rare.

Germany itself also has a “skeleton in the closet”: in 1982 against Austria. So karma came back…

At the end of the game, Spain not only did not want to score, but attacked exactly to not score. And the Germans did not bother her at all, just to get away from the meeting with Brazil.

Here the karma was fast. Backswing, and a goal from Cameroon or Switzerland is not enough to return Brazil to the path of Red Fury. The second service, and Spain itself takes off from Morocco. It’s all very convincing.

Do what you must, and I know what will be…

We recommend reading about the fate of the German team

and other World Cup results.