HomeSportsDmitry Selyuk: Sheikhs are obsessed with horse racing, Ronaldo is something like...
Sports

Dmitry Selyuk: Sheikhs are obsessed with horse racing, Ronaldo is something like an expensive horse for them 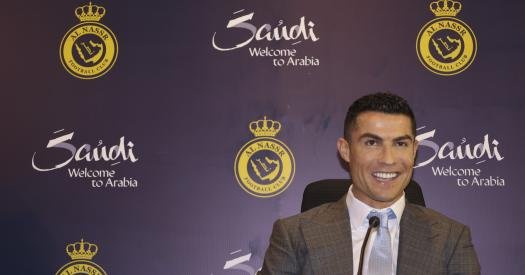 It turned out that at the insistence of the Portuguese, a clause was included in the contract, according to which Cristiano will move to Newcastle on loan if the club reaches the Champions League. Now that the Magpies are in third place in the Premier League, the top four teams get Champions League tickets.

However, there are big doubts that Newcastle’s current game will allow the team to earn a ticket to the Champions League. The Magpies chase Tottenham and Liverpool. Yeah, and Chelsea it’s too early to cancel.

Football agent Dmitry Selyuk believes that there will be no Champions League for Ronaldo.

– Figures like Messi or Ronaldo earn a lot of money with advertising contracts. Messi in his best years only in advertising earned 500 million a year. I think the figure of Ronaldo was far from it.

– And what is the benefit for the club? Does the club have a percentage of its megastar’s promotional contacts?

– About young stars, the club sometimes wins all one hundred percent of their advertising contracts. For promoted stars: up to 50 percent. As for Ronaldo or Messi, I think at least 30 percent goes to the club’s budget. This is a lot of money.

– As well as selling t-shirts all over the world.

– On Messi’s shirts, PSG recovered a large part of his salary for six months. But this is in Europe, where a shirt costs between 80 and 100 euros, and this is strictly controlled. I don’t know how things are with counterfeit control in Saudi Arabia. If they sell Chinese t-shirts at 2 euros, then you won’t get anything on the t-shirts.

In general, all these shocking figures of 200 million are to shock the layman.

– For this reason, the president of Al-Nasr said that this contact is not purely football, but more commercial.

– It’s okay. My players played in Saudi Arabia. There, the local sheikhs are obsessed with horse racing. They pay millions for the horses, it’s prestigious.

A contract with Ronaldo is like buying a very expensive horse. We have such a horse, but the Emir of Qatar does not. After six months, they lose interest in this horse.

– And the last item in Ronaldo’s contract is to go on loan to Newcastle. Yesterday I watched the Arsenal – Newcastle game. The Magpies will not enter any Champions League. What you think?

– It is no coincidence that Newcastle started talking about the Champions League, it is a very powerful project in the future, the new owners immediately set ambitious goals.

The same thing happened at Man City when the Qatari sheikhs came on. In the first season, City qualified for the Champions League. I remember it very well because the first one they signed was my player Yaya Toure.

As for current Newcastle, I don’t think the team will ever make the top four. He has Tottenham and Liverpool hot on his heels. Neither in terms of play, nor in terms of composition, Newcastle still cannot compete with the giants. Therefore, Ronaldo should forget about this clause in the contract.

Share
Facebook
Twitter
Pinterest
WhatsApp
Previous article
“My friends were killed by your weapons”: Rogozin handed over to France with bitter words of truth the fragment that wounded him
Next article
The head of the Ukrainian “Energoatom” wants to return the Zaporozhye nuclear power plant by force KXan 36 Daily News