HomeSportsDmitry Selyuk: The king of football Pelé left, but he managed to...
Sports

Dmitry Selyuk: The king of football Pelé left, but he managed to see his throne taken by a new king – Messi 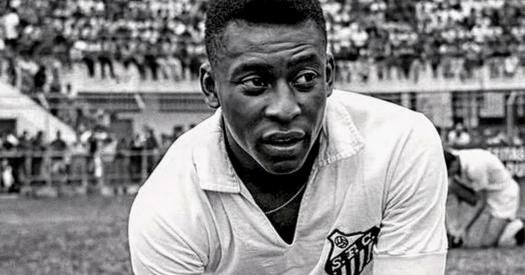 – The great, best footballer left this world, – says Dmitry Selyuk. – Almost a year before that, another genius had passed away – Maradona. But fate decreed that Pelé managed to see the prince come to his throne, he is the new king-Lionel Messi. Everyone knows that Pelé felt very bad, but fate, providence made him manage to catch Messi’s victory in the World Cup.

Maybe Pele didn’t watch all the games, but he was probably told what was going on in Qatar. And it is very important for history that Messi became the world champion at this time, when Pelé was still alive. It can be said that he handed the throne over to trustworthy hands. The Lord ordered and let see how the new King, Lionel Messi, ascended to the throne. There is something sacred in this. Pele left with a calm heart, knowing that a new king would sit on his throne.

Edson Arantis do Nascimento, Pelé is the only three-time world soccer champion on the planet. He won the World Cup with Brazil in 1958, 1962 and 1970. In 1999, the IOC named the Brazilian athlete of the 20th century.

Pelé died of multi-organ failure caused by cancer, according to a statement from the Albert Einstein Hospital in Sao Paulo, where he has been since the end of November.