HomeSportsDzeko, 36, gave victory to Inter, the first defeat for Spalletti and...
Sports

Dzeko, 36, gave victory to Inter, the first defeat for Spalletti and his Napoli 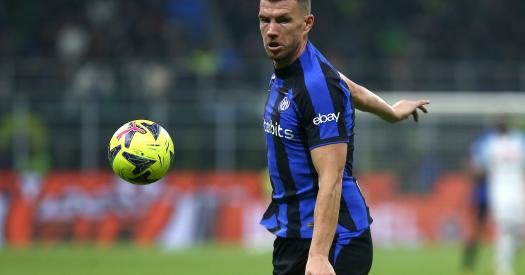 The match at Giuseppe Meazza was very important for both teams. Napoli, if they won, would further increase their lead over their pursuers and would, in effect, knock Inter out of the championship race. So the accumulation of interestists of the leader would be 14 points. Thus, it becomes clear how important the match was for the hosts. Even a draw was not the best option for Inter. Just one win.

The locals started very decisively, from time to time there was tension in the Napoli goal. Lukaku tried hard, but again the big striker was missing something at the last moment. Romelu’s game to some extent resembled his game at the end of the World Cup match in Qatar against Croatia. Of course, he did not have those super moments like with the Croats. But in some situations, if Lukaku was fast, he could score a goal.

How did Napoli respond? I play confident, especially in midfield. Where Lobotka and Zeliński performed solo. And the sharpness came from the left flank – there, according to tradition, Kvaratskhelia tormented the defense. The captain of “Inter” Shkrinjar had a hard time coping with Khvich, often with all the Slovak spontaneity he simply hit the striker in the legs so that he would not turn, reacting to his tricks. And of course Skrinjar was always insured by one of the partners. Now everyone in Italy plays Khvichi like this: you can’t stop a Georgian alone.

Three dangerous moments created “Napoli” in this match. I would say – potentially dangerous. Two of them thanks to Khwichi. Due to individual actions, he broke into the penalty area, at least three opponents were designated for him. And immediately a fire started in the Inter penalty area. Once a Georgian in a patch ended up being a defender. He drew two more and rolled the ball under impact from a teammate. He was 10 meters from the door. Unfortunately, the coup did not occur.

The second episode: a blow to the penalty area, pulling the defenders and a smooth shot into the goalkeeper’s angle on Osimena. Togo was ahead of Chalkhanoglu for a moment.

Another moment was in the first part. Khvicha and Olivera hit in the corner of the box. The Uruguayan rolled the ball under Zelinski’s blow. The Pole had an excellent position, and most importantly, no one hung him. But he crumpled the shot, not really hitting the ball.

This, perhaps, is all that can be attributed to the guests as an asset.

Inter should have scored in the first half. But he scored in the second. After a quick counterattack, Dimarco fired a cross along the goal and the 36-year-old Edin Dzeko headed in from point-blank range and flew into the net with the ball.

It would seem that after such a “Napoli” it should sharply intensify. But the Neapolitans had enough for ten minutes. Then they vanished. Spalletti tried to revive the game with substitutions. He knocked out half the base, I won’t list it, you can see the match stats below.

It is not clear why Spalletti replaced Kvaratskhelia: the only one who could create danger at Inter’s gates. Khvicha didn’t look tired either.

The only really dangerous moment at the hosts’ gates came at the end. Onan’s shoulder parried Rapadori’s strong half-fly shot. At the same time, the goalkeeper did not really see the ball – he flew out of the crowd of defenders. The Inter goalkeeper played on instinct.

The last chaotic assault, in fact, a lump, gave Napoli nothing. Deserved victory for Inter.

Share
Facebook
Twitter
Pinterest
WhatsApp
Previous article
Captured soldier of the Armed Forces of Ukraine issued a statement: Zelensky is not even a puppet, but a mongrel
Next article
When the January sales at Zara begin: these are the key dates