HomeSportsEurope will not let us go. UEFA responded to our talk...
Sports

Europe will not let us go. UEFA responded to our talk about moving to Asia 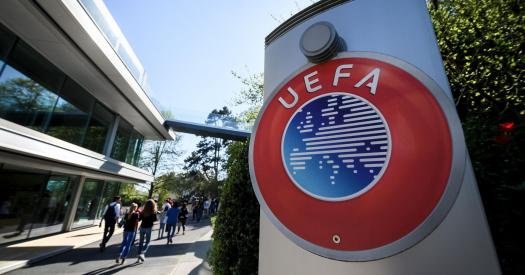 Today I went down to the underworld of the capital (that is, to the Moscow metro), a compatriot before the holidays got worried and rushed. For some reason, Gogol’s words flashed through my head: “Rus! Where are you going? It does not give an answer…” And suddenly my eyes fell on a strange metro scheme, temporarily posted at the stations and transitions between them, where traffic is drawn on the circular line: from January 2 to 4, in the direction clockwise, from January 5 to 7 – counterclockwise. “Where are you going?” – “Anti-clockwise”. Many people rode like this in their youth – you get drunk and the wind goes around, it doesn’t matter here whether it is clockwise or counterclockwise. It can be said that the authorities organized a social project here. This is from 2 to 7 – the New Year holidays! Project “Moscow for drunkards”.

I have the feeling that life has gone counterclockwise in many areas. Football – certainly not for drunks? What’s the story with Asia? What transition to the Asian confederation? I know very well the position of the head of the RFU, Alexander Dyukov. I like it, like many of his other steps. Let me explain: this is not some kind of cheap detour: he never rushes things, never gets ahead of the locomotive. He will prefer not to make sudden movements so as not to hurt, than to do it and then “soften”, like so many who know how to change shoes on the fly. And in this sense, he, as they say, respects and respects. No, not even like that: he respects three times and respects three times, and after 3: 3 – on penalties! – the victory of the Russian team.

I’m sure you are trying to find the best solution now. And it’s much better than a bunch of chatty bloggers! – weigh all the pros and cons. It is in the clubs that a unanimous decision for the transition to Asia has already matured from somewhere. And I really want to ask: these people from the clubs, did they really weigh everything? Or were they given a presentation on three A4 sheets? Do you know that one run in the European Champions League (an easy win in a group) is worth as much money as winning the entire Asian Champions League? Did you calculate the logistics of daily flights? This is not 4 and a half hours from Madrid or 5 from London. Fly to Tashkent, and then transfer to Singapore, and then exactly the same day back! Estimate how much those flights will cost and will they be covered by revenue? Big question.

There are also different people on the RFU executive committee. But here I have a million questions: I understand that, for example, Leonid Fedun is a person who understands football. And his wife is also understanding. It seems to me that she is even more understanding than Leonid Arnoldovich himself, but that’s not the point. Is that exactly what Fedun is doing now in the RFU executive committee? Who does he represent? If he owned Spartak, we would now be joking that his club would not even be allowed to participate in the Asian Champions League, because pork is banned almost everywhere there. But if there are no jokes? Why make a decision? Why don’t those on the royal farm make the strategic decision? Is it clear that the reasons for which we were suspended will disappear faster than the period for which it makes sense to change continents? In any league, the points scored are important, which become points in the quota table, it takes years of struggle for the goal to be justified by the media.

I hope one thing: UEFA will not let us go. Here, after all, things like norms and precedents are also important. Everyone always proceeded from the fact that any team aspires to Europe, so it is explained in detail how this happens, what algorithms are used. Israel at one point passed through here (with whom did it have to play in the arena of Arab enemies?), then Kazakhstan passed through, thus demonstrating its path to European development. But it never occurred to anyone that someone might have the opposite desire – to leave UEFA. Therefore, it is more difficult with regulations and precedents. And the fact that European football has made it clear that we are not going to let Russia go anywhere is a good sign. The foreigner turned out to be wiser and more farsighted, you can’t argue with that.

It is worth waiting, not complaining and shrinking.