HomeSportsFamous footballers who retired in 2022
Sports

Famous footballers who retired in 2022 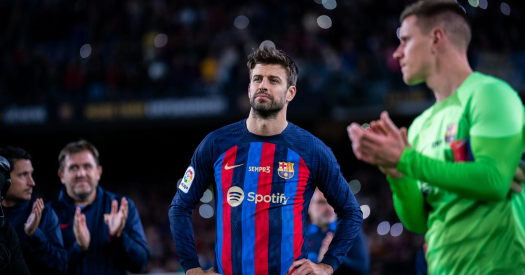 In 2022, many football stars lit up, who have many years of the brightest career ahead of them, but there were also those who had already done their part. “Soviet Sport” has compiled a list of the most notable football players on the planet who retired in 2022.

The French defender played in the English Premier League for nine years with Arsenal, eventually deciding to return to his homeland at Bordeaux, but his career did not end well. He was blamed for the team’s poor results, deprived of the captain’s armband, and Koscielny did not last long, announcing his retirement a few weeks after the scandal.

Always playing Jermain Defoe, only at the age of 39, having returned to Sunderland, did he admit to himself that he was no longer shooting at a high level. The English striker had a brilliant career playing for Portsmouth, Bournemouth, Glasgow, Sunderland, Toronto, West Ham and Tottenham, scoring a total of 305 goals in 762 games.

The best Serbian player of 2011, twice English champion with Manchester City and holder of several titles in Italy, also retired. Last season, he was left back with a killer shot. Aleksandar Kolarov played only three matches for Inter, so his football goal is more than logical.

Mark Noble until the end of the 2021/2022 season was one of the few top players who spent almost the entire game in one team. 550 appearances for West Ham made him a legend, and the farewell and tears of the midfielder after the final whistle of the last game against the backdrop of soap bubbles will be remembered for a long time.

Rodrigo Palacio won all his titles in Argentina, but that does not mean that he has become a legend in the Italian Serie A. The South American forward with a bizarre ponytail was productive in any team, and after the end of his football career, he did not betray himself and continued to score, but already in … basketball! Yes, the 176-centimeter former player of the Argentine national team plays as a base in the Italian fourth division.

Akinfenwa did not win a single trophy, he played in the lower divisions of England, but still managed to make a big name for himself. The big striker weighing 108 kg was named the strongest footballer on the planet, but even he did not torture himself further and ended his playing career at the age of 40.

Unlike Palacio, Akinfenwa chose a more obvious workplace for himself: wrestling.

And if Akinfenwa made it to 40, then one of the most talented players of the English generation barely made it to 30. Jack Wilshere, who suffered injuries in England, tried to restart his career in Denmark, but it didn’t improve.

He now works at Arsenal with the under-18s, who are the penultimate in the Premier League for their age group.

Badstuber did not fully realize it either, but managed to win 17 trophies, all at Bayern. He was highly valued by Joachim Löw and Pep Guardiola, but all his potential was drowned out by injuries, of which he reached 22 in his entire career, and very serious ones. In total, he eliminated 1,305 days (3.5 years) from his football career, which were associated with injury and post-injury rehabilitation.

Holger’s last club was Swiss Lucerne, after which, at the age of 33, the defender retired.

Former Bayern teammate and disgraced brother of Badstuber Franck Ribery also retired. After the Bundesliga, Ribéry tried his luck at Fiorentina and Salernitana, but injuries became more frequent with age, and now the French winger is coach of Salernitana itself.

Turan was a perfect fit for Atlético’s fighting style, but he made a fatal mistake by leaving for Barcelona. In Catalonia, Arda was dissolved, so his return to Turkey was not long in coming.

Returning to his homeland, Turan could not find himself and instead of demonstrating a good level of football, he constantly received disqualifications, clashed with the judges and got into various troubles off the field.

The defensive midfielder has had an impressive run from the Nigerian Championship to a €20m move to Chelsea, where he has dominated midfield for ten consecutive seasons. Having won 11 trophies including the Premier League, Champions League and LE, John Obi Mikel went to work in China and later managed to play for Middlesbrough, Stoke City, Trabzonspor and Al Kuwait became his last club.

One of the most unexpected departures in 2022. Piqué could easily play for a mid-size club in Spain or go to work in the US, the United Arab Emirates or other countries, but he chose to stay loyal to Barcelona and focus on his business empire.

Once Gonzalo Higuaín was estimated at 75 million euros, and his performance did not decline in any of the clubs he played for. Having won enough and won trophies, at the age of 35, the Argentine striker ended his career after the elimination of Inter Miami from the MLS playoffs.

Matuidi and Higuain played a lot together, and at Inter they had every chance to take the team to a new level, but Matuidi did not support the initiative of the Argentine striker. In 2022, the 2018 world champion did not play a single match, but not because of an injury, but simply because of his poor form. It is quite expected that after the end of the contract, the French announce his resignation.