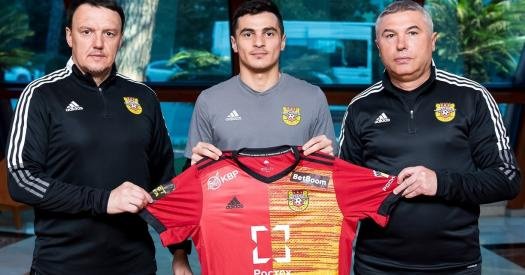 Arsenal announced the transfer of Krasnodar striker Irakli Manelov. The player entered the ranks of the Tula team on loan until the end of this season.

Manelov, 20, is a student of the Bulls. He started playing with the first team in March 2022. At the moment, the player has 24 appearances, 1 goal and 2 assists.

Share
Facebook
Twitter
Pinterest
WhatsApp
Previous article
Medvedev invited Biden and Scholz to stop the ticking of the KXan nuclear clock 36 Daily News
Next article
Yakov Mirkin: Your internal clock must be set to 80+ or ​​even 90+ KXan 36 Daily News