HomeSportsFrom the stage to the ring: a master class from Dmitry Dyuzhev...
Sports

From the stage to the ring: a master class from Dmitry Dyuzhev and an unexpected draw on the show “The Way of the Fighter” on RUTUBE 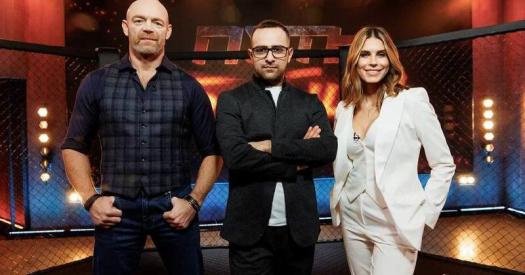 After the first tests, only ten participants remained in the project, but, according to the rules of the program, only one of them can get a 5 million contract with the pop-MMA Our Business league.

Before the wrestlers had time to take a break from the competition in the sandbox, the bus was already taking them to the heart of Moscow to perform on the stage of the theater. In pop MMA, it is important not only to be in good physical shape, but also to have charisma, as well as to be fluent in public speaking.

To do this, Dmitry Dyuzhev gave the guys a test in the format of a master class to push their art. But even in the battle of rhymes and verses, there was room for confessions and unexpected conflicts. The second test combined checkers and boxing, and here the wrestlers had a hard time. The unexpected draw between Vital Pavlovsky and Vartan Gevorkyan discouraged the hosts – the guys fought so desperately that Olga Petrikova asked to stop the fight, but boxing is boxing.

According to the results of the last day, Alexandra Kovalenko became the best participant in the competition. She and she now have a coveted token with which she can save one of the candidates from defection. Does Alexander Kovalenko use the token, what is Vital Pavlovsky ready to do for the sake of animals and which of the guys performed better on stage?

Watch the new episode of the show “Let the Fighter” – right now on RUTUBE!