HomeSportsGakpo: Gain or Gag? We understand why Liverpool signed the striker
Sports

Gakpo: Gain or Gag? We understand why Liverpool signed the striker 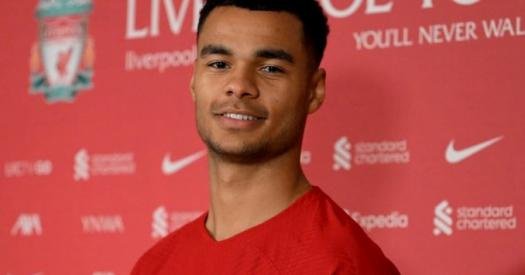 Cody Gakpo is a fantastic striker outside of the top 5 leagues in Europe, having scored 15 goals and 18 assists in 29 games this season alone. In the summer he was close to a transfer to Manchester United, but the Devils opted for Anthony, and Cody had to spend another half year in the Netherlands. In winter, Liverpool took advantage of the initiative, agreeing with PSV for 45 million euros, and Cody will be able to play his debut in the Premier League in the near future. How will the striker change Liverpool?

WHAT IS KNOWN ABOUT GAKPO?

The 23-year-old Dutchman can play in any attacking position, but is most comfortable on the left flank of attack. Gakpo can be attributed exclusively to the players of the team who do not pull the blanket over themselves, but if necessary, they are ready to decide the outcome of the meeting, which was confirmed by the 2022 World Cup, in which the Netherlands reached the playoffs almost over Cody. objectives.

He’s incredibly dangerous with his dribbling, his great crosses, his finishing attacks and he understands team play in attack, but he doesn’t do it without disadvantages. Jurgen Klopp’s teams are famous for their aggressive pressing play, and it is in this component that the newcomer to the team is in danger of sinking. I’m sure Gakpo will improve his pressing over time, but he certainly won’t be able to match pressing machines like Diego Jota and Roberto Firmino.

Also in the context of playing in the Premier League, it is important to emphasize that Gakpo is well developed physically. With a height of 189 cm, he does not lack muscle mass and coordination, which are extremely important in the best league in the world.

HOW WILL LIVERPOOL BE CHANGED WITH HIS ARRIVAL?

First of all, the transfer of Gakpo is a response to the injury of Luis Diaz, who will recover from the injury only in March and will regain decent form even later. Gakpo will most likely replace Díaz, so from the first minutes the Dutchman will appear on the left flank of the attack, and then it is possible that he will move more and more to the center of the attack, where Darwin Núñez often misses due to its implementation. .

If all the previous players are healthy, Klopp will get an incredibly flexible attack, where each of the players can replace each other without losing quality. And this applies not only to the composition, but also to the location, because now the German coach will be able to use the 4-2-3-1 formation with Gakpo as the “ten”, which could hide his lack of play. . in pressure.

The 42 million euros that Liverpool shelled out for the Dutchman are mere pennies for a versatile 23-year-old striker who can already fit almost perfectly into the Reds’ style. It is not just a “plug” for injured players, but a real reinforcement that can finally make us forget the departure of Sadio Mané, whose lack is still felt.