HomeSportsIn Asia nothing shines for our football. Just look at the...
Sports

In Asia nothing shines for our football. Just look at the results of the World Cup 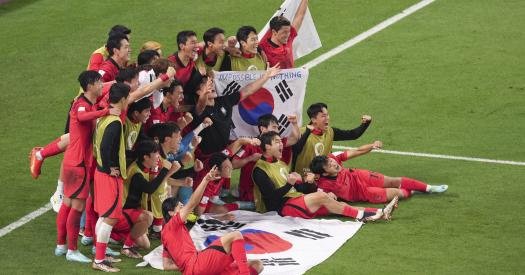 As for Korea and Japan, there is nothing to talk about. As soon as they achieve something, the word “discipline” comes to the fore. Not only for games, also for home. Everyone already knows about the cleaning of the stands by the Japanese fans. I was surprised by the behavior of him, his trainer Hajime Moriyasu. Without aggression – anger, on the contrary – a smile – joy. No jumps after goals scored, everything is calm. A bow to his fans after elimination from the tournament. Handsome and elegant man. And a good coach.

Korea has already seen great success: At a local tournament 20 years ago, they reached the match for third place. Now it was unrealistic, especially when he arrived in Brazil. By the way, most of these teams managed to get together in advance, and the coaches managed to figure something out.

The same goes for Australia on behalf of Asia. Now there is more confidence in the players of the local championship, and that has not affected the quality. And also a very disciplined football. Everyone knows their tasks and how to solve them. Everything works like clockwork. What are we talking about if they had a chance to equalize with Argentina?

Disappointed only Qatar. Either they burned out, or the level is like that. They and Serbia are two terrible World Cup experiences. So it’s a shame to play defensive even in our FNL, not like in the World Cup…

We recommend reading about the results of the African championship,

as well as other World Cup facts.