HomeSportsKoeman and Santos return to the charge
Sports

Koeman and Santos return to the charge 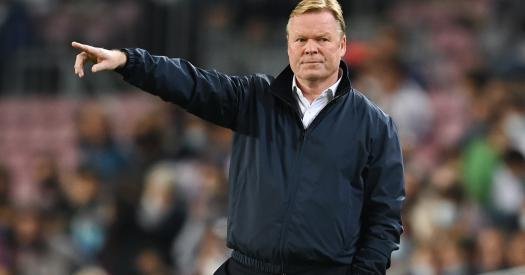 “Oranye” (aka “orange”) and Ronald Koeman decided to give themselves a second chance. The 59-year-old coach signed a contract with the Royal Football Union until the summer of 2026. Koeman replaced Louis van Gaal as coach of the Netherlands team, who left the team after the World Cup in Qatar, where the Oranje came to the quarterfinals and tragically lost in a penalty shootout to the eventual winner of the tournament: Argentina.

The Dutchman’s first entry into the national team came in 2018, where he spent two fruitful years. Many noted that during his work with the “orange” Koeman built a really interesting team. He managed to lead the national team directly to the main competition of the continent Euro 2020 (after missing Euro 2016 and the World Cup 2018). Also under his guidance, the team reached the Nations League final in the 2018/19 season. But then Euro 2020 was postponed and Koeman was called up to Barcelona. Ronald admitted that this has always been his main dream and left the team. And the “Oranje” had difficult times: the team was headed by Frank de Boer, a strong player in the past, but a weak coach, who showed excessive self-confidence and persistently called Quincy Promes “Quincy Mening”. Fortunately, his reign did not last long and Louis van Gaal has already led the team to the World Cup.

Now Koeman has another chance to return the Dutch national team to the “golden days” when Edgar Davids, Patrick Kluivert, Arjen Robben, Wesley Snyder and Philippe Cocu competed for the team. The minimum task is to prepare the ‘orange’ for the selection for Euro 2024, where they will face France, Ireland, Greece and Gibraltar in the qualifying round. The ultimate task is the 2026 World Cup.

The Polish team also has big plans. The invitation to mentor Fernando Santos is a serious strengthening.

– Santos won the European Championship and the League of Nations, worked with great soccer players, world soccer stars, this is extremely valuable. I believe that the new coach will bring many good things to the team and to the whole of Polish football, argued Cesar Kulesza, head of the Polish Football Union (PZPN), his choice. The 68-year-old Portuguese replaced Cheslav Mikhnevich, who reached the round of 16 with the national team, where he lost to the French. By the way, as they said on the sidelines, Mikhnevich was fired after not being the weakest result for this team, largely due to a call from Robert Levadovsky to the head of PZPN. The eminent striker, on his own behalf and on behalf of the national team players, asked not to renew his contract with this specialist. By the way, Santos is more familiar than anyone with such whims of famous footballers: during the World Cup in Qatar, he removed Cristiano Ronaldo from the starting lineup, who then cut off the phones of the local football federation.

In the Polish team, the Portuguese coach, of course, will be calmer. Although the task ahead is serious: trying to lead the Poles to Euro 2024. But after eight years with the Portuguese team, with which they won Euro 2016 and the 2019 League of Nations, as well as four years of cooperation With the Greek team, Santos should have enough character and cunning to establish processes in the Polish team. .