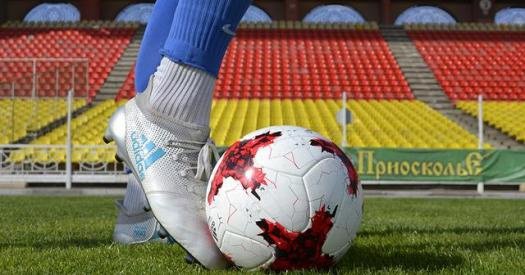 The jury, which included members of the Russian Association of Sports Commentators (RASK), determined the best of the best. This year, the winners in 14 nominations were commentators who worked at major Russian and international competitions.

In the lobby of the ROC – a queue for the locker room. I don’t remember this, the organizers invited a lot of guests to the ceremony. Youth groups stand out, for them attending an event like this is an event. Here, right in the lobby, you can see celebrities who have only seen on TV before.

We stand in line in the locker room together with an old friend from “Soviet sports” Yevgeny Lovchev.

– I left early by car, – Evgeny Serafimovich lives in a small town in the Moscow region. – At five, you should already be on Match TV.

Lovchev knows that he is among the nominees, but he does not yet know if he will become a laureate. Ahead of events, he was converted.

Hosts of the ceremony are commentator Roman Skvortsov and three-time Olympic champion in synchronized swimming Alla Shishkina. This duet was formed for the first time, and the presenters fulfilled their duties brilliantly.

“It is good that we meet again in the Russian Olympic Committee, which five years ago supported the creation of the Russian Association of Sports Commentators,” Alla Shishkina began the ceremony.

The ceremony was opened with the nomination “The best commentator of the XXIV Olympic Winter Games 2022 in Beijing”. There are two winners at once – Dmitry Guberniev and Alexander Legkov. The award is named after the famous Russian commentator Alexei Burkov.

Both laureates are now on business trips. Guberniev sent a video message from the Ryazan region, where biathlon competitions are held. And the award for Olympic champion Alexander Legkov, who commented on ski races in Beijing, was presented to his wife Tatyana.

The award was presented to Tatiana Legkova by ROC Secretary General Rodion Plitukhin:

— I want to thank the Russian Association of Sports Commentators for the fact that for the fourth time such a representative forum is held in the Russian Olympic Committee. For us, this is a very important event. After all, it’s largely up to the commentator how fans perceive wins and losses, unfortunate refereeing errors, and deliberate actions. I hope that our cooperation will develop for the benefit of the athletes and spectators.

– It is a great honor for Alexander and our family to receive the award. We are very happy that with the phenomenal support of our colleagues this experience has been a success and today we receive this award”, said Tatyana Legkova.

The informal overall ranking in terms of the number of nominations was won by Match TV commentator Roman Trushechkin, who has two Voice of Sports statuettes at once. Roman received the Vladimir Maslachenko award “Best sports commentator according to sports media”, and

“The best sports commentator according to RASK members” award.

In his welcome speech, Roman told a moving story.

— It is a pleasure to receive the Vladimir Maslachenko Award. As a student, I literally worked for Vladimir Nikitovich as a “typist”, typing text for the teleprompter using the ten-finger method, which I already mastered by that time. But the teacher’s lessons were not to write his words, but to always be yourself, to seek his voice. And I continue in this search. Many thanks to all colleagues for this award”, said Roman Trushechkin.

Gennady Orlov and Evgeny Lovchev became laureates of the special Nikolai Ozerov Prize dedicated to the centenary of the birth of another master of sports journalism.

– The retinue makes the king, and now, when he was still playing, the commentators made us famous, – Evgeny Serafimovich points to his old friend Gennady Orlov.

A spiritual atmosphere reigned in the hall, but the appearance on the stage of Dmitry Shnyakin with his daughter Vera gave him even more sincerity. Dmitry became the winner of the Vladimir Pereturin award “The best commentator of the 2022 FIFA World Cup”

– The first thing I want to say is the words of sincere gratitude to my wife. He had a very bad time while I was working in Qatar. The fact is that our second daughter, Zoya, is only two months old, and all the tasks of caring for the child during my long business trip fell on my wife’s shoulders, – Dmitry explained.

In the end, the novice commenters received prizes. This year a special prize “Voice of Sport – SIBUR” was established for them. Six boys and girls from different regions of the country took the stage. Visibly concerned, they thanked the organizers.

WINNERS OF THE VOICE OF SPORT AWARDS-2022

10. Naum Dymarsky Award for a significant contribution to the development of Russian sports “Champion” – Championship.com and the Strong Figures project.