HomeSportsLivakovic, Sommer or Navas? Bayern before the Champions League matches with...
Sports

Livakovic, Sommer or Navas? Bayern before the Champions League matches with PSG can be reinforced by the opposing goalkeeper 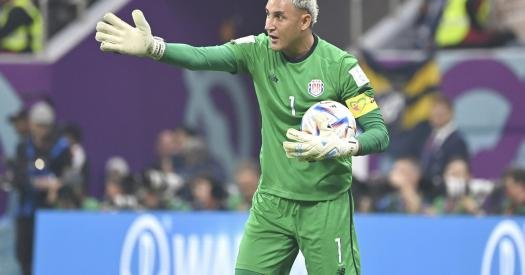 NAVAS AND BAVARIA ARE A PERFECT UNION

Bayern’s main goalkeeper Manuel Neuer suffered a broken leg while skiing and will not be able to return to the pitch until the end of the season, which means he needs a high-level replacement, because the Munich team will have to. He plays not only in the Bundesliga (here they could handle him and with Sven Ulreich), but also in the Champions League. But here in the round of 16 they await PSG with Lionel Messi, Kylian Mbappé and Neymar in the squad.

The first applicant for the vacant position is called Keylor Navas from the same PSG. If in the past he shared playing time with Gianluigi Donnarumma, with the arrival of Christophe Galtier he finally lost his place in the team: he reached the World Cup without a single minute in the season and, as a result, did not. act in the best way.

Navas’s advantages in the eyes of Munich are obvious. First, she has a lot of experience. In the same Champions League, he played 62 games (61 goals conceded, 22 clean games). Second, he’s deprived of playing practice, which means he’ll be more interested in transition. Third, at the age of 36, he is more likely to accept this semester option. Fourth, the Bundesliga victory can be added to the collection of championship titles in Spain and France. Fifthly, the motivation against the former team will be prohibitive, and knowledge of the strengths and weaknesses of the leaders of the Parisians will obviously not be superfluous.

No matter where you look at it, the perfect alliance for both sides. Against here, probably, only PSG can speak, which clearly cannot afford to strengthen a competitor. Therefore, the Munich team has to work on other options. There are many.

For example, the loan return of Alexander Nyubel. The 26-year-old goalkeeper moved from Schalke to Bayern in 2020 in an attempt to repeat Neuer’s path, but got stuck on the bench and went on a two-year loan to Monaco the following summer (i.e. 2021). He turns out here with varying degrees of success. Calling 33 goals conceded in 23 games this season is not a good result, but there is a stable practice.

Therefore, neither Monaco nor Nübel are eager to make a deal. The Monegasques demand money for the early termination of the contract, and the goalkeeper guarantees that he will remain the first number after Neuer’s return, which destroys the point of the whole idea. In fact, for years, Bayern can find a stronger first number. In addition, Nübel does not want to return as long as Toni Topalovich is the goalkeeping coach in Munich, which the club is not going to part with. In general, it does not add up on all fronts.

A much more interesting candidate is Dominik Livakovic of Dinamo Zagreb. He for a long time he surpassed his team and showed himself very well in the World Cup, but the Germans fear that this agreement will cost them too much. Livakovich is 27, in the prime of his life, and there are sure to be other contenders for him, which could lead to something of an auction. If he wins it, it won’t be productive to bench him in six months. However, Bayern’s iconic goalkeeper and board chairman Oliver Kahn has been reported to be in contact with Livakovic.

The third option is Jan Sommer, 34, from Borussia Mönchengladbach. His contract expires in six months, so Bayern will have the opportunity to minimize the cost of the transfer in winter. And no one has any doubts about his qualifications. Sommer had strong performances both for club (a record 19 saves in the loss against Bayern alone) and for the national team (he kept Italy out of the 2022 World Cup).

Whoever the Bavarian chiefs choose, they have plenty of time to make a deal without haste. The winter transfer window opens on the first day of the new year and closes on January 31.