HomeSportsLosers of the year Lukaku, Rashford, Sancho and 7 other depreciated...
Sports

Losers of the year Lukaku, Rashford, Sancho and 7 other depreciated stars 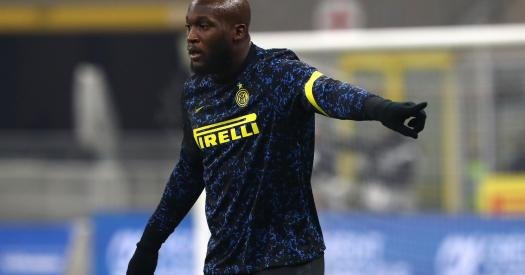 Club: Inter (on loan from Chelsea)

Another entry at Chelsea turned into another flop. In the first half of 2022, he scored three (!) Premier League goals (and all of them only in May), and in the second he returned to his beloved Inter, but there his health let him down. He first had hamstring problems, then his ankle, and as a result, Lukaku spent just 256 minutes for the Nerazzurri. And then he was disgraced at the World Cup.

The Red Devils have been gloating steadily since Sir Alex Ferguson’s departure, and 2022 was no exception, with three Manchester United ranked in the top ten cheapest players.

Rashford has been steadily losing value since January, but we have to admit that he really had a weak first half of the year: he had no stable place at the base and he scored two Premier League goals (both in January). In June, Transfermarkt valued him at 60 million, and it is not clear why he lowered the price by another 10 million. In autumn, the striker returned to the status of starting player and began to play regularly. disturb opponents. For example, he scored against Liverpool and Arsenal in winning matches.

However, Marcus is in the prime of his life, so he still has time to take his own and, most likely, exceed a hundred million in price.

Like Lukaku, one of the most important players in the Inter championship, whose transfer value peaked on that wave of success. Not to say that the Dutchman has become fundamentally worse in some respects. It’s just that he was initially overestimated for two seasons, when the Nerazzurri struggled and won the Scudetto. It is significant that since August 2020, the value of him has been steadily declining along with the team’s results. The game average plus the contract expiration next summer is worth only 15 million.

“Old Trafford” in the last 10 years – a cemetery of talent. Dortmund Sancho, who played superbly for Borussia, is in danger of becoming another. At its peak it cost 130 million euros, and now it is more than half. To be fair, the decline in its value began in the spring and summer of 2020 in Germany. But even he makes little effort to break the fall. So, in the fall he missed five Premier League games out of 15 (2 goals plus 1 assist).

In the summer of 2021 it seemed that the 40 million euros that Manchester United paid Real Madrid for the Champions League winner were very little (transfermarkt put it at 70 million), but in just a year and a half the value of the Defender ” normalized”. Varan became a worthy companion to Harry Maguire. In the sense that he defends himself just as mediocre, although he does not become a hero of the memes.

His autumn turns out to be completely ruined: he plays little and badly. Only reaching the World Cup final brightened up this bleak picture.

In May 2021, it was estimated at 80 million, but since then its price has been steadily falling. The reason for this is the depressing game of Atlético as a whole and his personal contribution to the results. And this autumn he also missed half of the team’s games in the Champions League, which Madrid finally suspended, and six games in La Liga.

At club level, he was lost after moving to Barcelona and is still missing. It’s a pity, because four years ago Griezmann was one of the best players on the planet and it was estimated at 150 million. The last Transfermarkt update is from November 7, that is, the performance in the World Cup, where Griezmann was one. of the best, it is not taken into account, so there is a possibility that he is not so bad. Well, it’s really hard to believe that 25 million is fair value for a player with such crazy potential.

Another striker who was knocked down in an attempt to go for promotion, and specifically at Chelsea. Setbacks in London took a toll on Werner’s reputation, but on his return to Leipzig he regained his footing: 9+4 in 16 games should clearly improve things, but the latest Transfermarkt update in September doesn’t allow for that. I did not go to the World Cup due to an injury that I have to heal in the next few days.

And again the same plot: a brilliant striker goes to a top club in order to lose confidence, skill and health there. In the World Cup he spent more minutes on the field than in the whole autumn at Barcelona, ​​so the drop in his value was evident. In winter he will be sold as soon as possible.

A similar picture: in the national team he spends more time than in the club. True, in this case you cannot exempt yourself from responsibility, since you really slowed down. All last season I was coming to my senses after injury, and this time in La Liga for 356 minutes I did not score even once. Sevilla is sinking, and the value of one of its forwards from previous years as well.

HIGHEST PERCENTAGE DROP IN TRANSFER VALUE (for players worth €2 million or more):