HomeSportsMessi and Mbappé will meet again on December 28, Foden is preparing...
Sports

Messi and Mbappé will meet again on December 28, Foden is preparing for Liverpool. From the World Cup to club affairs 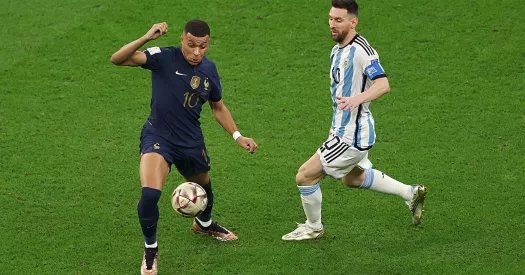 The World Cup volleys died down and the players gradually began to return to the clubs’ locations. Only the Argentines continue celebrating, but, for example, Kylian Mbappé has already arrived at the PSG base at the disposal of Christophe Galtier.

It is interesting how quickly the Qatari stars will be able to switch from world championship games to club business. And we will briefly recall how these things are and when we will see the heroes of the World Cup 2022 on the field again.

The Gunners have already been eliminated from the League Cup, so they rest until next Monday. Their main task is to maintain a five-point lead over Manchester City in the Premier League and get stronger in the winter. They are credited with interests in Alexis McAllister, Dusan Vlahovic, Marcus Thuram, Adrien Rabiot, Mikhail Mudrik and even Cristiano Ronaldo.

But the “townspeople” already on Thursday will have to play a top match with their main rival in the last five years. Initially, it was generally assumed that the teams would meet on the second day after the final, but the adequacy still triumphed. However, it is unlikely that we will see World Cup hero Julián Álvarez in this game. As well as the defense of the Reds and the French team Ibrahim Konate.

The Spurs have already left the League Cup and are concentrating on the championship. Ahead is not the most difficult schedule: Brentford, Aston Villa, Crystal Palace. So that they can face face to face with Arsenal on January 15 in a good year. Alone, probably, without Richarlison. You will need to undergo an MRI to assess the severity of your injury.

The Red Devils take to the pitch tonight (apparently without world champion Lisandro Martinez), and three days into the Premier League they take on Manchester City (January 14). Three points separate them from the Champions League zone in the championship, but there is one game pending.

The next match is tonight, but without Alexis McAllister, who is celebrating the gold. I wonder how many games he will have time to play with his team before being transferred to a top club. And there is no doubt that this transition will take place in winter. Apart from Arsenal, at least Manchester United claim it.

No one in Europe has as busy a schedule as the British. The same Spaniards will calmly hold only one round before the new year, and the next one another week from now. Championship leaders Barcelona are expecting first a derby with Espanyol, and then a game with Atlético.

Creamy is only two points off the lead, so he is seriously counting on his misfire in the near future. Although within two weeks (December 7) they themselves will have a difficult trip to visit Villarreal.

But Diego Simeone’s pupils will receive additional game practice on Thursday. As official sparring partner of the club from the Spanish depths in the national cup. The ‘mattress’ immediately put four players in the World Cup final in Qatar, so it is most likely that we will see Griezmann, Nahuel Molina, Rodrigo de Paúl and Ángel Correa a little later.

In the championship, they are 11-13 points behind the leaders, and they also flew out of the Champions League, so the cup is the only chance for a trophy this season.

Paradoxically, the Italians, who went through the World Cup, stopped until the end of the year. Milan should try to make up eight points behind Napoli, or at least not let Juventus catch up. After the Salernitana, the rossoneri will face Roma.

Turintsy can also systematically prepare for their big game: after matches with Cremonese and Udinese, they will have an incredible Napoli before the World Cup break (January 13). And right now they are much more concerned about the news that UEFA can remove Juve from European competition if facts of financial irregularities are confirmed.

In Germany, the pause is even longer, the “bulls” will enter the field only in a month. And they will immediately fall into the clutches of Bayern, whose players should have enough time to get away from the German team’s failures at the World Cup. But if successful, Leipzig will reduce the gap to the leaders to three points.

The Bumblebees came into the break in sixth place, so they have something to do next year. In the next month and a half, his schedule will be quite faithful, so there are chances to improve the situation. Yes, and in January Sebastian Aller should return to training.

If you remember the author of the goals against Spain and Germany in the World Cup, then we inform you that his Freiburg is second only to Bayern in the Bundesliga after the first part of the season, and he has a month of preparation for the resumption of it. . the season. The first rival will be Wolfsburg, which is in seventh place.

The official reunion of the magnificent Mbappé – Neymar – Messi trio will take place in a week, although right now it is hard to imagine that they will be happy to see each other. This is especially true in the case of Mbappé, who lost the final, for whom even a hat-trick was not enough to succeed. However, in Paris, they can still enjoy football. They have no competition in the championship, and the first Champions League game with Bayern is only on February 14.

Share
Facebook
Twitter
Pinterest
WhatsApp
Previous article
Global Times: By Supplying Ukraine With Arms, The US Is Trying To Weaken Russia And Europe KXan 36 Daily News
Next article
Latest news on the situation in Ukraine on December 23, 2022: Kyiv deployed special forces in an attempt to escape, Moscow announced immediate objectives