HomeSportsMessi, Benzema, Kante and 7 other European stars with contracts about to...
Sports

Messi, Benzema, Kante and 7 other European stars with contracts about to expire 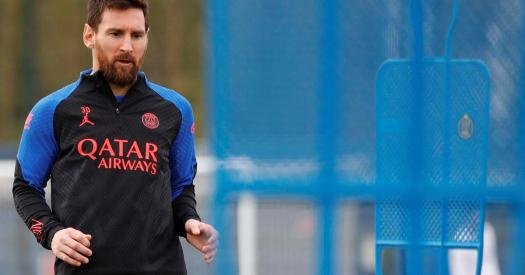 After the victory of the Albicelesta in the World Cup, the cult of Messi lives a new peak of popularity. Even the room he lived in in Qatar is being turned into a museum, and his arrival for his niece’s birthday party has filled the streets with maddening crowds. What to talk about if, according to the polls right now, he would win the presidential elections in Argentina?

At PSG, of course, they are even more eager to extend the contract with Messi. The Parisians have the possibility of automatic renewal, but they want to sign a new agreement under the 1+1 scheme. They say that their details are already agreed and that the salary will be higher than the current one. In Barcelona they look with envy at the rich Parisians…

Now it’s hard to believe, but before the World Cup it seemed that Benzema had a better chance of shooting in Qatar than Leo. He went there as the owner of the Ballon d’Or and the current champion’s main striker. What else is needed for a win? In fact, something strange happened. It seems that he was injured, but not bad enough to miss all the playoffs, but he did not return to the team due to the decision of Didier Deschamps, and after the tournament he announced the end of his international career.

There were no reports of a new contract with Real Madrid, but the striker’s mood can be judged by the fact that he bought a new house in the center of Madrid, thanks to which he receives the status of a full resident of the city. , and this gives the right, for example, to vote in the mayoral elections and contact any service. Benzema clearly intends to end his career here, but what does Florentino Perez think about it?

One of the best defensive players in the world (along with Casemiro) has been playing for Chelsea since 2016, but their union is clearly coming to an end. Due to injury, the Frenchman will miss more than half of this season – he hasn’t played since August and won’t be back until spring. And Graham Potter is building a new team right now. Yes, and the owners who came in place of Roman Abramovich are clearly eager to redo everything.

Kante has many options, but he prefers Barcelona. The problem is that the culés (probably due to injury) do not give him final consent. If he doesn’t show up in the winter transfer window, Ngolo is ready to switch to other offers. Al-Nassr is considered one of the aspirants for the player, in which Cristiano Ronaldo will almost certainly continue his career.

The outstanding trio of Salah – Firmino – Mane is gradually aging and falling apart. The Senegalese left Liverpool for the first time last summer. The Brazilian may be next in line. The club is ready to offer him a new contract, but only for one or two years, which will clearly disappoint Roberto. Working with Jurgen Klopp remains a priority for him so the parties can find common ground if he wishes, but if he gets a long-term contract with another club in January, the situation could change drastically.

He has been playing in Manchester for six years and in general he doesn’t feel like changing anything. There was only one option that could seduce the midfielder: Barcelona. However, the culés felt that there was no reason to sign an old and highly paid player, and they concentrated on negotiating the transfer of the Moroccan hero Azzedine Unai. And Gundogan once again waited for an offer from Man City.

Tony is tired of his professional career and wants to retire for a long time. A year and a half ago he stopped accepting calls from the national team and now he is considering renewing his contract with Real Madrid. Florentino Pérez and Carlo Ancelotti have no doubts about the German’s level of play, but he took a break until February, forcing the “creamy” to be more active in the negotiations for Jude Bellingham. If Kroos does not renew his contract, he will end his career.

United are not opposed to extending the Spaniard’s contract, but only if his salary is reduced from £375,000 a week to £275,000. Otherwise, they could simply activate the option to extend the contract by one year. The position of De Gea himself is unknown, but it is believed that the Mancunians have already found a replacement for him in the person of Porto goalkeeper Diogo Costa, for whom they are willing to pay 72 million euros.

Kante’s teammate in midfield for the Blues is likely to share his fate and leave London in the summer. The parties held negotiations, but found no common ground on salary (the Brazilian Italo wants 13.6 million a year, which is two and a half times more than his current salary). The most curious thing is that the first candidate for Jorginho (like Kante) is also called Barcelona. Offer expires in January.

The most expensive footballer on our list. Inter management really hopes to extend the contract, but just in case, they are looking at insurance options. This is Kalidou Koulibaly and Chris Smalling.

It is likely that they will have to be used, because PSG offers the defender a salary one and a half times higher than that of the Nerazzurri: 9 million euros compared to 6 million. In addition, last summer the Parisians even reached an agreement with the Slovak on the conditions, but Inter then rejected the possibility of an agreement. In January, PSG will no longer be able to contain themselves.

The youngest footballer in our team has been deserving promotion for some time. In the autumn, Barcelona came up against him, but Tielemans himself showed no interest. Presumably because he has already agreed a transfer with Arsenal. If so, we will receive confirmation in a couple of weeks.