HomeSportsMessi is the phantom pain of Barcelona. The Catalans flooded the...
Sports

Messi is the phantom pain of Barcelona. The Catalans flooded the social networks with publications about Leo 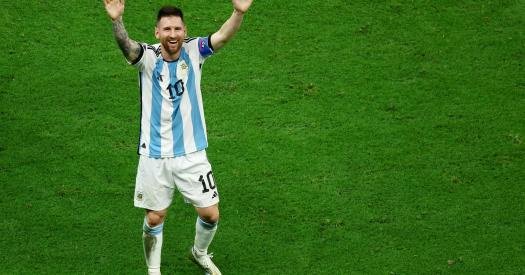 The World Cup was held according to the ideal film scenario. For the protagonist Lionel Messi, this was the last chance to win the World Cup. In rivals, the antipode and antihero is Cristiano Ronaldo. The tournament began with a loss to the outsider from Saudi Arabia, so all remaining games automatically turned into playoffs, but the albicelesta, who twice allowed opponents to rally from 0-2, passed all tests and resulted in the final. to be stronger than the defending champion of France with Kylian Mbappé (the superstar of the new generations) at the helm.

The whole world followed this campaign and wanted to touch it. And Barcelona is no exception. But it seems that the Catalans have even gone too far. His active attempts to hang on to Messi’s success caught the attention of Marca. The journalist from the publication Luis F. Rojo, only in one of the social networks specialized in the publication of photographs, counted nine (!) garnet blue posts about Messi in the 2022 World Cup. But we are talking about a footballer from another club in this moment. For comparison, even PSG were limited to just five spots.

The same goes for other social networks. In the most beloved by Elon Musk, Barcelona dedicated eight posts to Messi. Among them were phrases “For us you will always be the best”, “Legend of Barça, legend of Argentina, legend of football”, etc.

Catalans, of course, can understand each other. First of all, for them, Messi will forever remain their footballer, the number one legend. Secondly, this is the rule of social networks: post the most attractive subscribers. This is the only way to get followers. Social networks have long been the new media. So, Messi’s post about how he dreamed of winning the World Cup and how happy he was to finally achieve it, in just 48 hours, gathered 57 million likes, more than any medium in the history of this social network.

For Barcelona, ​​Leo’s triumph is a tearful celebration as it means Messi can still bring the Blaugrana a lot of good on the pitch. And if you remember that he didn’t want to leave Catalonia… It was Joan Laporta a year and a half ago who couldn’t find economic opportunities to stay with Leo, but at the same time he signed Sergio Agüero, Memphis Depay, Eric García and even Dani Alves. Two of them are no longer in the club, and the third is for sale…

It is obvious that in Barcelona they still regret the idol’s departure and yearn for his return, but now this is not possible, especially in light of the World Cup victory. PSG will clearly be ready to extend the contract that expires in the summer at any term, even if it means transferring a couple of oil fields to Messi’s father. And Barcelona has run out of financial leverage even for Messi’s two-year contract. What can we say about the current Messi, that he is in such a great shape that he is capable of winning the World Cup with one to go?