New favorites of the Spanish Cup 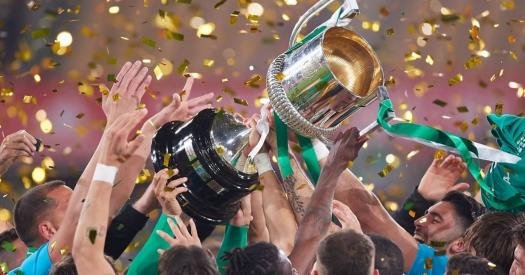 This Wednesday the 1/4 final of the Copa del Rey will begin. Last week the draw for the quarterfinals took place, which resulted in the formation of two pairs of teams with approximately equal chances and two, where a truly fierce fight will take place.

Opening this stage of the playoffs is not the most principled game. On January 25 at 10:00 p.m. Moscow time at the “Reino de Navarra” stadium, the Pamplona club “Osasuna” from 7th place in the LaLiga standings will face “Sevilla” from 15th.

The Reds are fighting for European qualification this season. But the team has problems: while scoring, they concede the same amount. Although it was Osasuna in the round of 16 that eliminated the current champion of this tournament, Real Betis, from the Copa del Rey equation. Sevilla, for their part, performs in the championship below expectations and teeters on the brink of the relegation zone. But in recent games, the ‘rojiblancos’ seem to have adjusted the game, so in the Copa del Rey they have a good chance of making all their ambitions come true.

Sevilla have won the Copa del Rey 5 times, the last in the 2009/10 season, but Osasuna has never won this trophy.

This day will end at 11:00 p.m. Moscow time with a tense match at the Camp Nou. Here will meet Barcelona, ​​​​leader of the Examples classification, and Real Sociedad, which this season has obtained third place in the championship. As part of the Copa del Rey, both teams go without problems and without defeats, not a single draw, only victories. But the statistics of the last meetings of the “blue maroon” and “white-blue” in La Liga matches for the Basques are not so positive – the Catalans are usually stronger. But we must not rule out Imanol Alguasil’s team, Real Sociedad is now on the verge of adding six consecutive victories in the Example. The Basques are decidedly prepared for the Cup, the club is one of the three that pushes the most in the championship, so we expect vigorous and productive football. The only thing is that after the meeting with Barcelona, ​​​​the Blue and Whites will have a no less exhausting game in LaLiga with another of their references, Real Madrid.

Therefore, Imanol Alguasil will have to establish his priorities well.

By the way, the Catalan club, record holder of the Spanish Cup, has 31 trophies to its credit and the last one was won in the 2020/21 season. But Real Sociedad have only won the Copa del Rey three times (the last cup went to the club in the 2019/20 season), so the Basques should have more motivation.

On January 26 there will also be two 1/4 final matches of the Spanish Cup.

At 10:00 p.m. Moscow time at the Mestalla stadium, Valencia will face Athletic Bilbao from 8th to 13th place in the standings. Los Murciélagos, despite a worthy match against Real Madrid in the Spanish Super Cup, continue to fail the season in the Example, and the Copa del Rey for the pupils of the eccentric Gennaro Gattuso is the last chance not to fail him completely. Athletic does not perform well in the League either, but in the Basque Copa del Rey it shows great stability. The fact that the coach of the Lions, Ernesto Valverde, is a great fan of the Copa del Rey, favors the team. The Athletic mentor won this tournament both as a player and as a coach. It is true, with another team: Barcelona.

Valencia has 8 Copas del Rey, the last time the Murciélagos won it in the 2018/19 season. But Athletic Bilbao have won this trophy 24 times, but they got the last title a long time ago, in 1984.

At 11:00 p.m. Moscow time at the Santiago Bernabéu Stadium, perhaps the most striking match of these quarterfinals will be played -the Madrid derby- Real Madrid (2nd place in the Example) against Atlético Madrid (4th place in La Liga). Carlo Ancelotti’s team, of course, is the favorite of the match, and the factor of his stadium also plays in favor of the “creamy”. But Diego Simeone’s pupils finally got their hopes up and reinforcements arrived for Memphis Depay. In addition, in recent games Antoine Griezmann has jumped over his head, the striker is 24 goals away from the title of top scorer in the history of Atlético de Madrid. The rojiblancos are now in a good way, angry and on time. What is at stake is the ticket to the semifinals, which the team needs more than ever. And since the rival “mattress” became more than a principled, we are definitely waiting for a match with an abundance of fouls and “red” with “yellow” cards. “Whites” can hardly be counted on in this game.

Real Madrid have won the Copa del Rey 19 times, the last in the 2013/14 season. Atlético de Madrid has 10 cups and the last time they won a trophy was in 2013, just before the cream. By the way, this season the rojiblancos reached the quarterfinals of the Copa del Rey for the first time since 2017.