HomeSportsNikitin showed how he will play with the champion in the playoffs....
Sports

Nikitin showed how he will play with the champion in the playoffs. Lokomotiv defeated CSKA 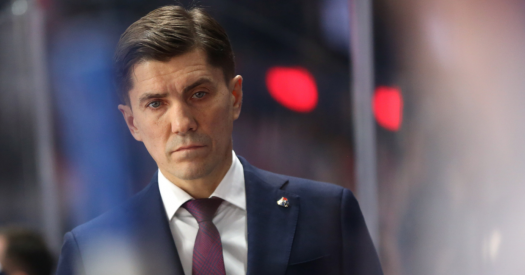 Lokomotiv earned a well-deserved 3:1 victory, beating CSKA in almost all statistical indicators. In addition to the number of “hits”. This is Igor Nikitin’s second victory over Sergei Fedorov this season. On December 30, in Moscow, we are waiting for the fourth series of clashes between the former and current army trainers.

The other day, the Lokomotiv management, headed by club president Yuri Yakovlev, extended the agreement with head coach Igor Nikitin for another two seasons. Playing ahead of the curve, reacting to a rumor about Ak Bars’ interest in a specialist who knows how to win the Gagarin Cup.

Now Nikitin’s team is in order. He did not seem to notice the loss of “fighters” – forwards Kayumov, Korshkov and Averin. In the last frontier, Isaev stands like a wall: his progress in the creative laboratory of Rashit Davydov (goalkeeping coach) is evident. It remains to be seen why the national team did not set their sights on this young goalkeeper. Why is it weaker than Dorozhko and Serebryakov called to the First Cup of the Channel?

Having barely seen the young striker Bout (the son of Anton Bout known for his performances in Yaroslavl and CSKA), Nikitin quickly put the youngster on the bench, retraining mobile defender Misyul as a striker. It was very hot on the ice.

…Today, Isaev capitulated only once: early in the second period after Mamin’s one-touch release of a Grigorenko pass. The army team built a spectacular goal, but in fairness, we note that in this episode defender Cherepanov turned off the game for a couple of seconds, after receiving a puck in the neck.

Champions haven’t created anything more memorable on owner possessions. Even in the third period, when it was fair to go on the assault. Nikitin’s wards regularly cleaned the nickel, and only Sharychenkova can score from the perimeter. One of the heroes of the military derby conceded all three goals from medium and long distance. None of them are 100% his fault. But this is the case when the coaches did not guess with the goalkeeper. It appears that Sharychenkov has not recovered from the energy-sapping match in St. Petersburg, in which she bested her former Ak Bars teammate (2018/19 season), Podyapolsky.

Fedorov was raging on the bench, conducting an educational program on the chase. And Okulov, after the first puck missed by Chekhovich, put him on the bench and never let him out on the ice again. It is not the first time that a coach brings up one of the leaders. In the first half of last season, Okulov disappeared for a few games so he could play without the puck. So, today, Chekhovich effortlessly detached himself from him and hit the gate with a 12-13 meter throw. The best coach in the league couldn’t forgive such an oversight.

On Monday, December 26, CSKA will host a retro game at its stadium in honor of Vsevolod Bobrov, who would have turned 100 on December 1. In addition, this game with the Moscow “Dynamo” will be the 1000th for the red-blue in the KHL. The hosts promise a lot of interesting things, even a colorful brochure will be released on this occasion.

And on the 30th, Friday, Fedorov’s team will try to take revenge for two defeats in a row for Lokomotiv and cheer up the fans before the New Year. By the way, at the beginning of the season, the champions won in Yaroslavl 3:2, literally losing in all statistical indicators.

There is no doubt that these rivals will meet in the second round of the playoffs. The only question is who will get the advantage of his ice. While Lokomotiv is second in the West, CSKA is three points behind but has two games to go.