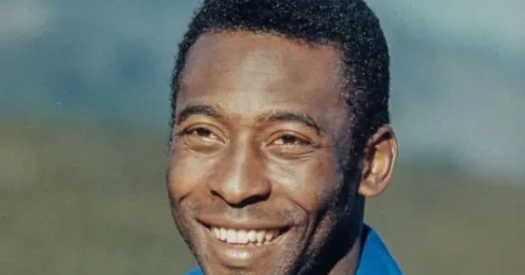 THE ZIGZAG OF PELE THAT YASHIN DOES NOT REMEMBER

Fast forward to 1958. The World Championship in Sweden, where the USSR national team went without disqualifying Eduard Streltsov, Mikhail Ogonkov, Boris Tatushin. June 15, Gothenburg. New Ullevi Stadium. Third match of the group stage against Brazil. 50,928 viewers. Our rival, who promotes the 4-2-4 scheme, suddenly releases the rookies -Pelé, 17, who suffers from knee pain, and Garrinch, who gave coach Vicente Feola an ultimatum- either play or I’m going home. The junior takes the center forward position, his “bow legged” partner is on the right flank of the attack. He performed inimitable offensive actions Didi. He was assigned our captain, Igor Netto, who had not yet recovered from the injury, which is why he missed the first two games of the championship.

“The Soviet players seemed terribly gigantic to me,” Pelé recalled. -When I entered the field, probably many thought that he was some kind of talisman of the team or the son of a friend of the coach. A kid at a major league game, it looked like some kind of parody. As if the tall attackers had left in Brazil…

It was a one-sided game. Already in the first three minutes the ball shook Lev Yashin’s wood twice. It was the hottest segment of the match, which ended with the victory of the Brazilians 2:0. Both balls are on Vava’s account. Pelé didn’t score, but he hit the post and also scored an assist, weaving between the defenders. But Yashin did not remember him, and our coaches Gavriil Kachalin and Mikhail Yakushin usually said that the youngster could neutralize Viktor Tsarev, who was falling to the position of central defender. The main inspirers and organizers of the victory were announced by Didi, with whom Netto could not cope, and Garrincha.

Pele’s time will sound in the semifinal with France and the final with Sweden, which ended with the same score 5:2.

LESSON TO VORONIN IN LUZHNIKI

On June 4, 1965, the runners-up in Europe and the world champions met in Luzhniki with 100,000 people. Two-time world champion Pelé (after Sweden-1958 he won gold in Chile-1962) passed 90 minutes and hit the gate twice – in the first half – Viktor Bannikov, in the second – Anzor Kavazashvili. In the 24th minute, Pelé completed the slalom raid with a biting low shot, and in the 70th minute he broke away from Valery Voronin, faced the goalkeeper one on one and left him no chance.

The main Soviet intellectual stopper Voronin could not do anything with Pelé, who came under the tutelage of the leader of the Brazilians during the match. And at first these functions were assigned to the midfielder Grigory Sichinava.

– I am very glad that I managed to score in Moscow, – Pele admitted later. – Until now, there were no goals against the USSR national team in my record.

– Our principle is not a team for Pele, but Pele for a team, – coach Feola answered questions from journalists. – After the World Cup in Chile, I worked with the leading Argentine club Boca Juniors. There are also very technical forwards, but terribly selfish on the field, while Pelé is an excellent soloist and at the same time a great teammate.

Which goalkeeper finds it harder to score? – asked Pele the correspondent of “Soviet Sport”.

– Of those I know, I will name our Gilmar and your Yashin. Perhaps also the Mexican Carbajal and the Argentine Carriso.

– How long will your career last?

– I think another five years. No more. Soccer becomes commercial. We have to work hard. And it is especially difficult for attackers. Two or even three people personally play against me and are often not shy about choosing the means.

Pelé looked at the water. In the 1966 World Cup, the Portuguese broke it; without their leader, the Brazilians did not reach the playoffs. Four years later, in Mexico, he won his third world champion gold medal, an achievement that is unlikely to be put aside for the foreseeable future.

PELE WEAKENED YASHIN BUT DID NOT WIN

On November 21, 1965 in the famous “Maracana” in the presence of 113,248 thousand spectators, a second friendly match was held. Now custody of the playoffs has been assigned to Valentin Afonin. But the leader of the Brazilians hit Yashin’s gate with an “oblique” low blow. After a drought in the first half, the hosts started the second half with two goals: 2-0 in the 54th minute.

But soon the goalkeeper Manga, taking the ball out of the gate, hit the head of Anatoly Banishevsky, who was standing at some distance, and the ball rolled into an empty net from it. And in the end, Slava Metrevili equalized the score – 2:2. At that time, Pele Afonin, exhausted by guardianship, was replaced by Murtaz Khurtsilava.

The public reacted with indignation at the change of scenery, and later obstructed the coach Feola, demanding changes in the composition before the 1966 World Cup in England.

Let us remember once again that in England the rivals staged a hunt for Pelé, while the Brazilians failed. The USSR national team reached the semifinals and took fourth place, for which they later received bronze medals.

And the last. Rounding off the hockey theme, let’s remember how Pele evaluated our team’s chances of winning before the 1982 World Cup in Spain:

– The Soviet team will become world soccer champion when the Brazilian team is in hockey.

Subsequently, the King of Soccer denied these words, saying that this is how he was understood. But he was right!