HomeSportsRamos, Modric and other Ronaldo partners who could meet the Portuguese at...
Sports

Ramos, Modric and other Ronaldo partners who could meet the Portuguese at Al Nasr 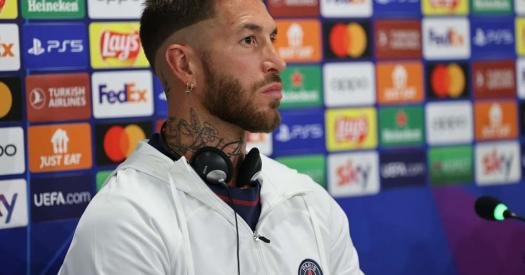 A few years ago, the Chinese championship became the main attraction for those footballers who preferred not trophies and success in big championships, but money that they could not leave in the poorest clubs. Then the feeder slammed, the league leadership changed its financial focus, and the players migrated to other wealthy championships. One of these countries was Saudi Arabia, from whose money even Cristiano Ronaldo could not resist. Al-Nasr gave the Portuguese a record contract in football history, but the former Real Madrid striker will not be the last to join the Arab club. Western media are already reporting that the Al-Nasr leadership is not stopping and wants to sign other former Ronaldo teammates. And who exactly can meet Krish?

Real Madrid captain and long-term leader Sergio Ramos did not receive an offer to extend his contract in 2021, but PSG didn’t let the Spanish defender bother for long, offering a solid deal until the summer of 2023. Ramos will turn 37 in March, has recovered from injuries and has a chance to play in the Champions League, but according to Marca, Al-Nasr will soon make him an offer that will be hard to refuse.

One of the most accessible options is Isco, who spent nine years at Madrid. He is seven years younger than Ronaldo, he has over 100 assists under his belt and, most importantly, the five-time Champions League winner is a free agent. He spent less than six months at Sevilla, but left the club due to a conflict.

Isco could be a real boost for Al-Nasr, not just another marketing boom.

James Rodríguez, like Isco, was also once considered an incredibly promising guy, but the Colombian didn’t realize himself at all. He is only 31 years old, but already in 2021, the midfielder changed the course of his career, which he goes through by choosing the club that simply pays more than the rest. As a result, Gamez ended up in the Qatari club Al Rayyan, and since this season he has been playing for Olympiacos, whose president also brought together many faded stars in its composition.

Rodríguez’s contract with the Greeks is valid until the summer of 2023, so it won’t be that difficult for Al-Nasr to convince the Colombian to replenish his squad.

Along with Gámez, Marcelo also went on to conquer Greece, which in recent years has moved to the Real Madrid bench, although before that he had been a key player and one of the best left-backs in the world. In May, he will only be 35, which means he can still play in Saudi Arabia for a while.

Modric is showing an incredible level of football at 37 years old, but he has not yet signed a new contract with Real Madrid, although the current one is only agreed until the summer of 2023.

Western media have already reported that Al-Nasr will soon begin negotiations with Real Madrid and representatives of the Croats. Modric is quite capable of keeping Madrid’s rivals at bay for another couple of years, but does he need it? Al-Nasr is probably ready to award the juiciest contract that could tempt Luka to move to an Arab country.