HomeSportsRonaldo outwitted everyone. Could move to Newcastle if they qualify for...
Sports

Ronaldo outwitted everyone. Could move to Newcastle if they qualify for the Champions League 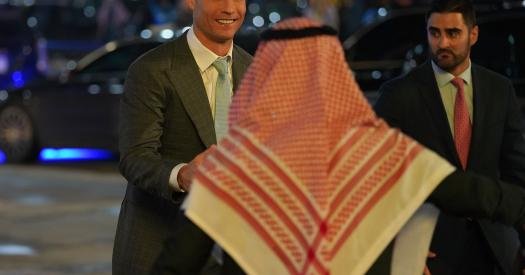 The Spanish brand was one of the first to give insider information about Cristiano Ronaldo’s transition to Al-Nasr. And now, when the transition took place and all its details were known, Marca once again astonished with new data, turning the whole idea of ​​the most talked-about signing this winter upside down, which is not as simple as it might seem at first glance. .

Very soon, Cristiano Ronaldo will make his debut in the Saudi Arabian championship, and then he could wait two and a half years without worries with a salary of up to 200 million euros, but it turns out that the Portuguese came up with something more complicated, and therefore it will not be possible to retire quietly and calmly.

Al-Nasr attracted CR7 not only with a huge salary, but also with other “chips”, thanks to which he becomes almost the main figure of the club, surpassing not only the coach, but also the leaders in terms of authority. . Cristiano could not simply bear the sad end of his career, and for this reason, when signing the contract, he demanded that an interesting clause be included in it that would allow him to go on loan to Newcastle if he enters the Champions League zone at the end of the season. 2022/23.

Why Newcastle? There is a clear answer to this question. In 2021, long Saudi hands with fat wallets reached out to mid-tier Newcastle Premier League, which, through much criticism and various bans, was still able to acquire 80% of the rights to the club, and the government’s Public Investment from Saudi Arabia. Fund (PIF) became the main shareholder.

Why is it the same Ronaldo? Here the answer is no less simple. Cristiano has mentioned the importance of the Champions League in his career many times, in which he tops the league’s all-time goalscoring chart with 140 goals, but not far behind, just 11 goals behind, is his arch-rival Lionel Messi. If the Argentine manages to overcome the Portuguese, it will be another serious argument in favor of Messi when it comes to talking about the greatness of these two

The end of the Premier League is still a long way off, but after 17 rounds, Newcastle is in third place, behind only Manchester City and Arsenal. To stay in the top four and earn a Champions League berth, the Magpies will have to stop Manchester United, Tottenham, Liverpool and others. Eddie Howe’s side are fine with attacking and it’s hard to imagine the team will normally take on Ronaldo if his loan goes through, but surely this is of little interest to the Saudis, who wanted to sign Ronaldo at all costs.