Ronaldo published a photo of a medical examination in Al Nasr 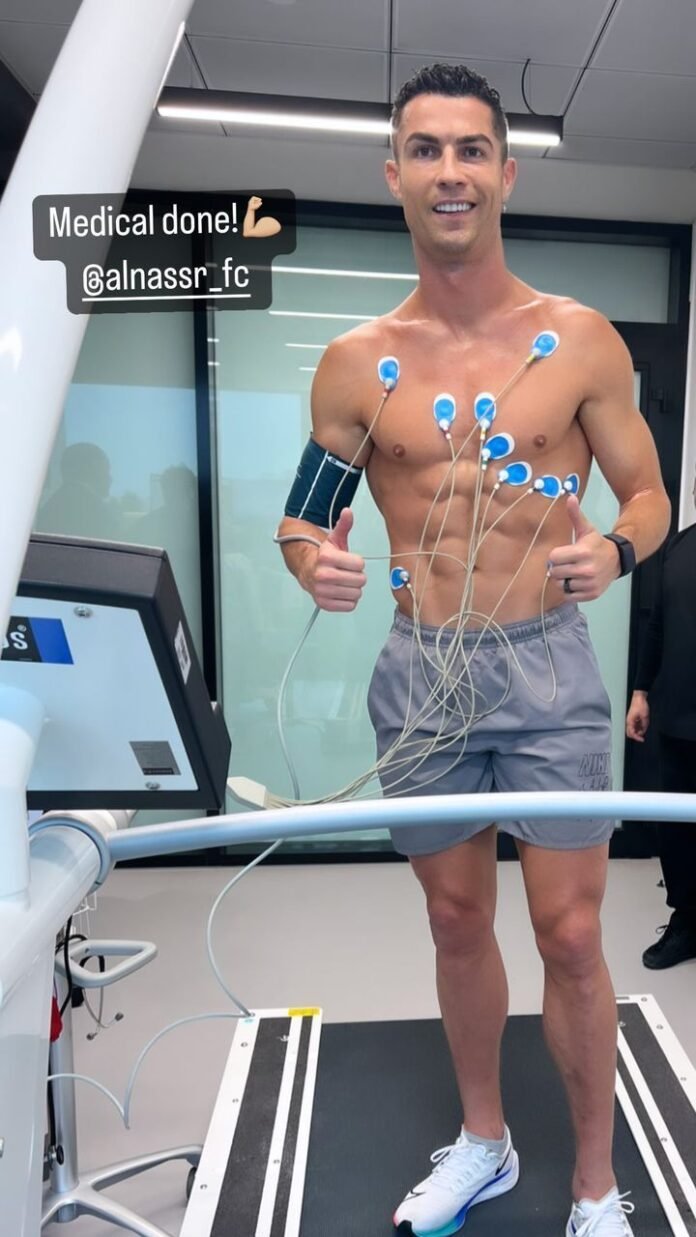 Portuguese striker Cristiano Ronaldo has successfully passed a medical examination at Al Nasr. This was announced by the striker on the social network, publishing the corresponding photo.

Recall that Ronaldo moved to Al-Nasr as a free agent and signed a contract until 2025. According to press reports, his salary for the season will be 100 million euros.

It was previously reported that the player’s contract contains a clause under which he can choose a head coach. Also, Ronaldo could go to Newcastle if the team reaches the Champions League.