HomeSportsRonaldo wants to stay in the national team until 2026. Why it's...
Sports

Ronaldo wants to stay in the national team until 2026. Why it’s a bad idea for a striker 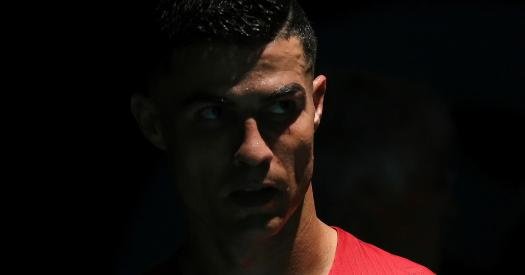 In the last World Cup, the Portuguese team once again did not show anything outstanding. And the exit in the quarterfinals was not a sensation for anyone: against the first uncomfortable opponent, the Santos team, as usual, could not think of anything. Morocco played in their typical counter-attacking style and scored 1.5 times more xG than Portugal without any problem (1.42 vs. 0.92). The departure of Ronaldo did not save the Portuguese either – Cristiano only made one shot on goal and did not affect the outcome of the match in any way. Against the background of Messi, who managed to win the coveted trophy with Argentina, Ronaldo looked downright pathetic, since he never appeared on the field in the starting lineup during the entire playoffs. Therefore, the inside information that the striker wants to participate in the 2026 World Cup, to be honest, caused me bewilderment. Firstly, there are still four years left until the next World Cup, and all this time even a person like Ronaldo will need to keep fit. But the question is: will he be able to do this at Al-Nasr, whose level is absolutely clear to all football fans? Usually, star players go to such places to play at the end of their careers, who are awarded exorbitant contracts there and hope to attract an audience no longer with the team’s game, but with the name and status of a football player. And if Ronaldo wants to somehow maintain a decent condition, how does he plan to do this while he is playing in Saudi Arabia?

Secondly, even if Cristiano physically makes it to the World Cup, who guarantees that he will get a place on the field? In fact, even with very friendly relations with Fernando Santos, the Qatar striker was still pushed into the reserve and only the second or third option after conditionals Bruno Fernandes, Joao Félix and Gonzalo Ramos. And the same José Mourinho, who is currently highlighted by the media as the main candidate for the position of coach of the Portuguese national team, is unlikely to risk his already damaged reputation and give Ronaldo a chance without good reason. Third, and probably most important, Ronaldo’s chance to be at Messi’s side in Qatar in a historic sense was all but lost, and failure at another World Cup could prove counterproductive. And instead of the title of the second best footballer of the 21st century, which, I must say, is rightly held and which, in theory, should remain with him after the end of his career, Cristiano can leave football with a nasty loser train: they say that he wanted to prove to everyone that he is still capable of something, but in the end he only confirmed that he is the same person as everyone else, and also falls under the influence of age.

The risk for Ronaldo is too great. The best option for the striker seems to be to put an end to the big sport now, to remain forever in the memory of the fans as a great player. However, how Cristiano will act in reality depends only on him.