HomeSportsRonaldo with one foot in Saudi Arabia. Even his salary is...
Sports

Ronaldo with one foot in Saudi Arabia. Even his salary is already known 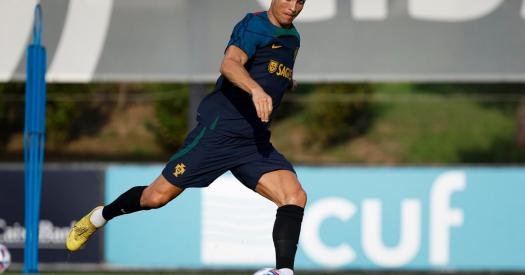 A PLAYER AND THEN AMBASSADOR OF THE WCH 2030

How did we miss the moment when the presidents know better than us about the future of footballers? A couple of days ago, Turkish President Recep Tayyip Erdogan announced that Cristiano Ronaldo would continue his career in Saudi Arabia. News about a possible move to Al-Nassr appeared during the World Cup, but at first it was perceived as nothing more than a duck, but now there is no doubt that Erdogan was right.

It was reported on Monday that the club had scheduled a medical as negotiations progressed well and were close to completion. And the next day the media also named the amount of the contract – 140 million euros for two seasons. It is assumed that after this period the striker will change his football uniform to a business suit and become the football ambassador of Saudi Arabia, which, following the example of Qatar, will host the World Cup in 2030.

Familiar faces of Abubakar and Talisk

It is possible that the progress of the negotiations is facilitated by the fact that the sports director of Al Nassr, Marcelo Salazar, is a well-known futsal player who played fifty games with the Portuguese team and participated in the 2004 World Cup. and in the Eurocopa of 2005 and 2007. He has many studies to be a coach, assisted the Middle East champions Rudy García and Mano Menezes (current coach of Al-Nassr) and achieved a high position. In view of a somewhat similar past, it’s easier for him to ride the same wave with Ronaldo.

In addition to Ronaldo, Al-Nassr is expected to try to sign Ngolo Kante, whose contract with Chelsea expires this summer, for free. The French will be able to negotiate after the New Year.

At the same time, it must be taken into account that in Saudi Arabia there is a limit of foreign players, which Al-Nassr has already exceeded. With seven contract foreigners, it already has eight players. The most famous of them are Vincent Abubakar and Taliska (both champions of Turkey and Portugal), one can also remember Ramiro Funes Mori, behind whom there are matches at Everton and Villarreal. It is possible that some of them have to make room.

Why is Ronaldo going to the Middle East? First of all, because despite all the epithets for Piers Morgan, the big European clubs don’t need him. Ronaldo himself is eager to continue breaking records in the Champions League, but there are no such offers from the tournament participants.

There are three obvious reasons for this. First, the scandalous departure from Manchester United. Nobody wants the details of the life of the club to be disassembled into molecules by journalists from all over the planet. Secondly, if earlier Ronaldo was able to compensate for the toxicity of his character with outstanding performance, then in the last year it is already impossible not to admit that it obviously happened. Third, Cristiano’s demands are too high for a club with a lower status, but willing to put up with the antics of a superstar for the sake of public relations.

“We want to build a new future for Manchester United, but he didn’t want to be a part of it,” said Erik ten Hag, the coach who publicly defended Ronaldo from journalists’ attacks and stressed in the summer that he wants to keep Ronaldo. although already then he had the opportunity to leave.

But the correct opinion of Fabio Capello: “He is to blame. And what he has done in his career doesn’t do him any credit. They don’t talk about the player, but about the specific situation: he became arrogant, he went to offer himself to everyone and he couldn’t find anyone who believed in him. It would be a heavy burden on any team that acquired it.

As a result, apparently Ronaldo is still leaving for Saudi Arabia. It’s a shame that we lose the opportunity to see the last seasons of one of the greatest players in football history, but that was the choice he made.

Share
Facebook
Twitter
Pinterest
WhatsApp
Previous article
The President of the Spanish Government assured that there will be no new referendum in Catalonia KXan 36 Diario
Next article
“United Russia” wished Happy New Year to military personnel in the hospital. NN Burdenko