HomeSportsShakhtar are demanding 100-110 million euros for Mudrik. He can become...
Sports

Shakhtar are demanding 100-110 million euros for Mudrik. He can become the most expensive Ukrainian player 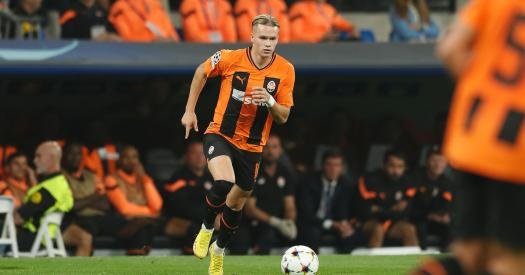 In the winter transfer window, the best clubs in Europe rarely spend a lot of money, preferring to save until summer or, in extreme cases, increase punctually. However, there are exceptions, and the main news of the winter transfer window of the 2022/23 season was Arsenal leaving no attempts to sign Mikhail Mudrik. Shakhtar are a long-time artisan at selling their players in big-money grants, but in Mudrik’s case, he is willing to break all records and sell his protégé to the Gunners for €106m. . How much? and is it cheap?

At the moment, Arsenal leads the English Premier League, and the composition can be called almost flawless. Plus, Mikael Arteta actually has two of the same squads on hand, but they’re still missing an important link. Gabriel Martinelli is the premier left-back/winger who has made all 17 Premier League appearances, but we must not forget that sooner or later he will need a substitute, who simply doesn’t exist. In addition, two other attack players were injured, so Arteta had to adapt, but with a loss of quality.

Therefore, Arsenal decided to solve the problem quickly and easily by signing 21-year-old Mudrik from Shakhtar Donetsk, but instead the British got involved in the most difficult negotiations that have been going on for several weeks. According to the transfermarkt.de portal, Mudrik is worth only 40 million euros, but Shakhtar are not willing to let him go for 80 million euros. The Donetsk bosses estimate the student at 100-110 million euros! They also said that it would not be a problem for them to keep the team leader until the summer, before returning to negotiations. Shakhtar behaves cheekily and impudently, as if he is 100% sure that there will be someone who will pay the required money.

A cosmic sum, especially since Mudrik spends his first full season on the senior team. Yes, he already dominates the Ukrainian league and scored 5 assists in 6 Champions League games, but even 100 million euros is too much for such a player. As a similar player we can remember Cody Gakpo, who at the age of 23 scored 55 goals and gave 50 assists in the Dutch championship, that is, in a league ten positions above Ukraine in the UEFA table, and is only surpassed by France, Italy, Germany, Spain and England. And the author of two World Cup goals cost Liverpool only 42 million euros, that is, almost 2.5 times less than what Shakhtar asks for Mudrik.

Arsenal have had an impressive transfer campaign in recent years, but let’s not forget a record signing three years ago that turned out to be a complete flop. Then the Londoners acquired one of the most promising football players of that time, Nicolas Pepe from Lille for 80 million euros, but he did not play in the Premier League at all.

No one belittles Mudrik’s dignity, but Shakhtar demands too much. You can remember many foreigners, in particular Brazilians, who stood out in the big clubs of Europe after Shakhtar, but the situation with the Ukrainian national team player is different. Even the no less talented Yevgeny Konoplyanka and Andriy Yarmolenko couldn’t make a decent run in Europe, and it’s not certain Mudryk could do better. I’m sure there are much safer options for Arsenal on the transfer market, but he doesn’t want to see them.