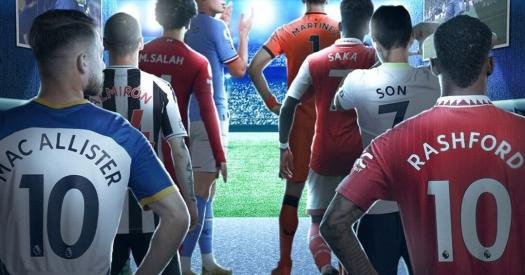 There is less than a week left until the New Year, and almost everyone is busy looking for gifts and the upcoming holidays, but this does not mean at all that the whole football world is fading away. By contrast, club football is making a comeback after the international hiatus, and there are some particularly interesting games up until December 31 that are worth watching.

Liverpool had a tough first part of the season, and the 2022 Winter World Cup, unlike other top clubs, played in favor of the Merseysiders, who should benefit from the hiatus. The Reds have already played a Cup game against Manchester City, in which, although they lost 2-3, the whole game left a pleasant impression.

Now they have to fully integrate into the continuation of the season, and Aston Villa can interfere with a positive result. They will not have the best goalkeeper of the 2022 World Cup, Martínez, but that does not mean that it will be easy. Unai Emery, who took over at Villa less than two months ago, also did not sit idly by as the players headed off to the World Cup.

Manchester United, with all the problems and rebuilding, had an impressive autumn part of the season and this was made possible in the first place by the competent actions of Erik ten Hag.

On December 21, Manchester United beat Burnley in the cup tournament (2:0), but the real preparation test will be organized by Nottingham Forest, which has already given several surprises, including the defeat of Liverpool (1:0 ). Besides, it is not necessary to forget the important change in the composition of the Manchester United, in which Cristiano Ronaldo no longer is. United and ten Hag must personally prove they dumped the Portuguese superstar for a reason.

Yes, Manchester City knocked Liverpool out of the English League Cup, but they still have to start doing the hard part: closing the gap on Arsenal in the Premier League. To do this, you need to win away from Leeds, and judging by the previous meetings, this is not so easy, because the “people of the town” won in the last two matches with a total score of 11:0. Erling Holland hasn’t scored for more than a month, so his motivation will be at its best.

Barcelona, ​​having taken off from the Champions League, managed not to fail psychologically, and just before the start of the 2022 World Cup, the team won four victories in a row, leaving for a pause the status of the leader of La Liga.

Most of Xavi’s team has gone to the national teams, so it is not certain that everyone will be able to reach the last game of 2022 in optimal condition, unlike the Espanyol players.

Despite the 25-point difference between the teams in the table, the Catalan derby is always characterized by unexpected results. In the last ten games, Barcelona have been stronger in only half of them.

Well, if for some reason you want to enjoy football at a high level before the clock goes off, then such a match is also on the schedule.

Leading Arsenal are coming to visit sensational Brighton, who have not cracked even after the departure of head coach Graham Potter. The seventh team of the Premier League last month already “hit” the Gunners on the nose, beating them in the cup with a score of 3:1. Now Mikel Arteta is on a three-game losing streak against the Seagulls, which won’t be as easy to end.

Andrey Kuzmenko: half a season in the NHL, and in kings! This Is What It Means To Get Out Of The Ocean On...