HomeSportsThe desert as a new refuge for soccer legends
Sports

The desert as a new refuge for soccer legends 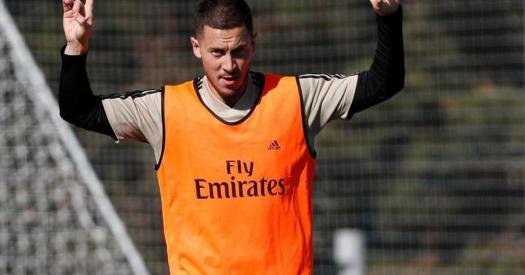 Saudi Arabia continues to actively infiltrate the soccer agenda. The other day in the office of the head coach of the Al-Nasr club, the strongest midfielder in the world (in the past) Eden Hazard was seen.

The former Chelsea legend, and now a Real Madrid player, came to chat with the coach of the Arab team Rudy García, whom the Belgian midfielder knows first-hand. Under the leadership of Garcia, Azar at one time played for the French “Lille”. Now his paths can cross again.

As it became known recently, Real Madrid made another attempt, the 4th in a row, to say goodbye to the Belgian. Eden has traditionally been put up for sale in this transfer window. And although Hazard already said before the World Cup that he was not thinking of leaving Madrid, the midfielder does not seem to have any other option. The Belgian is increasingly staying on the bench. And at the expense of his physical form, which the footballer showed at the resumption of the season, only the bum did not joke.

The day before yesterday Hazard also scored, who updated his record for the Clásico. Since he moved from Chelsea to Real Madrid in 2019, Eden hasn’t played a game against Barcelona. That is, for 3.5 years, Hazard missed almost 9 games.

Everyone knows that playing for the “creamy” was a childhood dream of the Belgian winger. But as soon as the Chelsea legend managed to pull it off, a ‘black streak’ began in Eden’s football career. Hazard was called the third most talented soccer player in the world after Ronaldo and Messi. At 28, when he moved to Madrid, Hazard was also predicted to soon have the Ballon d’Or. In fact, at that time, during the 7 years he spent in the Premier League, the Belgian became both its best player young as in the best player of the championship. With Chelsea, Hazard twice won the Premier League and the Europa League. Also, Eden was the captain of the national team for many years. The winger made 126 appearances for the Belgian national team and scored 33 goals. He has played three World Cups (2014, 2018, 2022) and two Euro Cups (2016, 2020). But all these achievements did not help Hazard to become the main engine of Real Madrid, although he was taken out of Chelsea with this very calculation. He came from the Blues for 115 million euros. In more than three years, the Belgian has played 73 games for Real Madrid, scoring seven goals and giving 11 assists, but most of his career has been offset by injuries, in all that time there have been more than ten .

Real Madrid’s contract with Hazard runs until 2024, but it seems that Eden is seriously thinking about a decent pension, whether he is to blame for injuries or morale. After a failed World Cup with Belgium, Hazard put an end to his career in the national team, and now it seems that he is thinking of abandoning his prospects in big European football. It is clear that under conditions more favorable than in Saudi Arabia, the Belgian is unlikely to be offered anywhere. Certainly not in the Italian championship, although in December Hazard was paired with Inter. This means that the chances of seeing the Premier League stormer this summer in the same team with another dropped legend – Cristiano Ronaldo – are very high.