The first top match after the 2022 World Cup. Battle between Manchester City and Liverpool 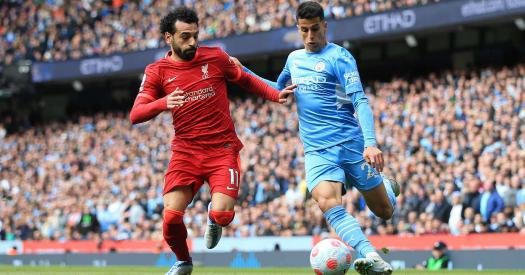 The emotions for the 2022 World Cup have not yet faded, but all of us, a few days before the World Cup final, will have to immerse ourselves again in watching a match of the highest level, which is impossible to miss. The confrontation between Manchester City and Liverpool has become a true classic and a kind of English analogue of El Clásico, the next of which will be held on December 22 at 11:00 p.m. at the Etihad Stadium as part of the English League Cup.

Manchester City is a top team, and therefore it is obvious that more than half of the team went to the national teams for the World Cup for a month, but there are those who spent this time differently.

On December 17, City played a friendly against Girona (2-0), but the starting eleven did not look much like the most familiar option. Most of the roster was filled with City academy graduates and players from the deep reserve, with the only stars being Riyad Mahrez, Ilkay Gundogan, Kevin de Bruyne and Erling Haaland. The last two became the main creators of the victory: the Belgian – one goal + pass, the Norwegian – one goal.

Two days later, Rodri, Aymeric Laporte, Nathan Ake and Manuel Akanji returned to the field of “people of the people” after an unsuccessful World Cup. They have already started training, unlike the English players and Julián Álvarez, who continues to celebrate the triumph after the World Cup.

City’s squad won’t be perfect, but it’s not worth talking about its frank weakness.

Even before the break in the 2022 World Cup, the Liverpool team was broken by injuries and other problems, but fortunately, the World Cup did not add new problems, and many key players in the team were not even called up to the national teams. nationals. so that they could safely prepare for the continuation of the season.

Liverpool played two friendly matches in a week and a half: against Lyon (1:3) and against Milan (4:1). Two contradictory results, but that is why these are training matches in which Jurgen Klopp gave free rein to the experiments. In both meetings, the German coach used the same starting lineups, changing them only halfway through the second half. Well-known key players became the authors of the goals: Fabio Carvalho, Mohammed Salah, Thiago, Darwin Nunez. Although there were also local surprises. Bobby Clark, 17, and Ben Doak each had an assist against AC Milan.

All of Liverpool’s World Cup players have returned to the club, but as Klopp said in his last interview, it is not certain that all of them will participate in the cup meeting.

Manchester City have won four of the last five League Cups and Liverpool won it last season, but Pep Guardiola’s team are the bookies’ favourites.

Merseysiders it really will be tough. The last time they won at the Etihad was in 2018, after which they failed to win six meetings in a row. However, their last game in this tournament ended in a draw on goal and a penalty shootout, and given the more or less level playing field for the rival, this time we have the right to have a spectacular game that marks the continuation of the club’s season. . .