The French demand to play the 2022 World Cup final again 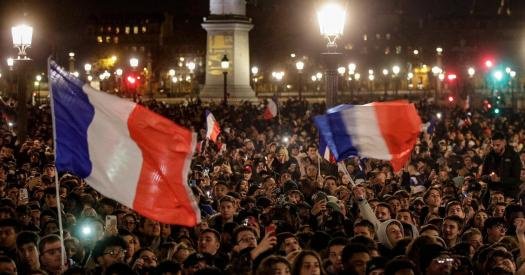 The 2022 World Cup final turned out to be one of the best in the history of the tournament, with six goals, a penalty shootout, incredible emotions and much more that people love football for. And what is important, the decisive match was devoid of court scandals, but still there were those who were not satisfied with the work of the main referee Shimon Marchinyak.

Oddly enough, the French fans did not agree with the whole world. At first they only muttered about the unfairness of the result and the partial work of the referee, then the dissatisfaction turned into something more serious, and the French began to sign a petition that will soon go to the FIFA office. Local publications also added fuel to the fire, as a result of which 200,000 angry Europeans signed up. And what exactly is wrong?

There were no eliminations, no controversial penalties, so what did the losers do? It turns out that they were not satisfied with the third goal scored by Argentina, which was scored in extra time, but this is because there were extra players from the South American team on the field at the edge of the field, and this is a direct violation of paragraph 9 of football rule 3, which says:

If, after a goal has been scored, the referee notices before play is restarted that an additional person was on the field when the goal was scored:

the referee must disallow the goal if it was extra: a player, a substitute, a substituted player, a sent off player or an official of the team that scored the goal; the game restarts with a free kick from the extra point.

It is obvious that several Argentine footballers standing on the edge, ready to celebrate a scored goal, did not affect the game situation in any way, but the French consider this moment one of the arguments why the World Cup final should be repeated.

Later, Marciniak himself reacted to this episode: “What the players say is important. The French players, including Mbappé and Lloris, thanked me after the game, they were happy with the refereeing. When the French scored one of the goals, seven of their substitutes were on the field. It’s not serious looking for those things,” Marciniak said.

And in parallel with these words, the Polish referee took out a smartphone, on which he showed that at the time of the third goal scored by Killian Mbappé in the 117th minute, his teammates violated the same rule.

There are games in which the referees really break the sporting character of the match with their wrong decisions, but this is clearly not the case. Minor infractions can be found in any match, so it’s better for French fans to simply accept a dignified defeat than to whine and beg pointlessly for a replay.