HomeSportsThe IOC is ready to allow the Russians to participate in the...
Sports

The IOC is ready to allow the Russians to participate in the Games. A decision that is appreciated 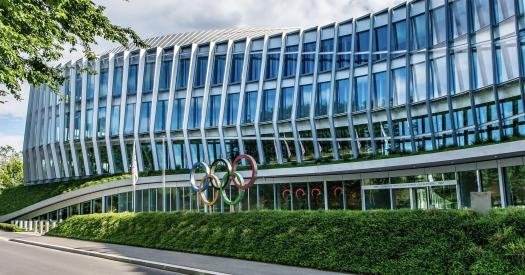 So the IOC has proven to be an organization capable of finding compromises. There are no barriers, barriers, obstacles, or whatever you want to call the non-admission of Russians. You can add the buzzword “ban”. The IOC has wisely stated (so far only said, not done anything yet) that it will consider inviting Russian athletes in a neutral state and on an individual basis.

What it is individually, probably, it is not necessary to explain specifically. We already went through this before Pyeongchang 2018. Even the hockey team of “Russian athletes” was formally invited one by one, “individually”. But they invited, that team even won, if I had not forgotten. There was a lot of noise that after 26 years the Olympic gold was returned to his homeland. Here, of course, de jure is obvious hypocrisy, because in 1992 there was a team from the CIS, and now there are “athletes from Russia”. But these are details.

What is in a neutral state, it is also not necessary to explain. You participate in the Olympic Games with full rights and on equal terms with all other athletes, only without a flag and anthem. No news here, it would be strange to have relief for a country under sanctions, some of which were initiated by the IOC a year ago.

There is an important “but”. First of all, the doping story, which we have been sitting firmly on since Sochi-2014 and which we are solving, solving, promising, promising, but so far we have not finally solved it. A lot of words have been said about this, so there is no point in repeating it. Therefore, Russian athletes (and not only them – this applies to everyone in general, but we deserve especially careful control) will be able to compete, provided they comply with the World Anti-Doping Code and the relevant anti-doping rules.

In this direction it is worth waiting for a lot of news and nuances. Personally, I am very interested in whether Eteri Tutberidze will be forced to answer the question of what a doctor named Shvetsky is doing in his coaching staff, whose guilt in the doping of many athletes in recent years has been proven. Or is an attentive attitude guaranteed only to athletes, and their environment does not “wool”?

And the second condition is that politically clean athletes will be invited (from the point of view of the IOC, of ​​course). The IOC is just showing everyone else that sport is out of politics. honest position. But what follows is just a good test for many of us: we welcome the decision and stop dwelling on political issues; that means we want our sport to develop, athletes to participate in world competitions, so that the artificially erected boundaries for our sport fall faster. We shout again about fictitious conditions and twisting of arms: we are involved in demagogy. The ball is on our side.