HomeSportsThe leadership of Brazil, the progress of Morocco, the fall of Russia....
Sports

The leadership of Brazil, the progress of Morocco, the fall of Russia. FIFA updated the classification of teams after the 2022 World Cup 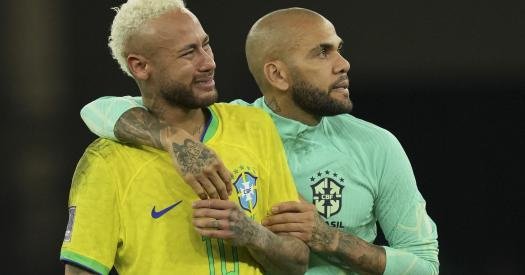 Naturally, there are a lot of changes in it, because in addition to the World Cup, the teams played a lot of friendly matches in two and a half months. Let’s talk about the most interesting permutations. And we immediately note that Russia in this ranking lost 4.85 points and four lines, ending 2022 in 37th place, between Hungary and the Czech Republic.

The biggest increase in points in the reporting distance belongs to the main sensation of the 2022 World Cup, the Moroccan team, plus 108.85 (out of a total of 1672.35). Croatia (81.98), Argentina (64.5) and France (63.61) also added significantly. That is, the greatest growth was logically shown by those who reached at least the semifinals of the World Cup. Between the quarterfinals (England, the Netherlands, Portugal), the picture is similar, except for one nuance: the leader Brazil had such a powerful qualification that the exit in the quarterfinals of the World Cup left it even in the red . .

It is noteworthy that Argentina, which won gold medals, was only a couple of points away from taking off at the top. La Albicelesta ends the year in second position, behind only Brazil, while finalist France climbs into the top three. At the same time, the Belgians had such a strong margin of safety that even after not leaving the group, they only lost two positions and finished fourth, ahead of quarter-finalists England and the Netherlands.

It is also curious that Italy, who flew past the World Cup, lost only two lines and remained eighth, above Portugal, who reached the quarterfinals in Qatar.

And Spain is experiencing déjà vu here too: after being eliminated in the round of 16 due to a missed penalty shootout, Red Fury slipped to tenth place… for the first time since 2018.