HomeSportsTop 10 players of 2022 by goals and assists
Sports 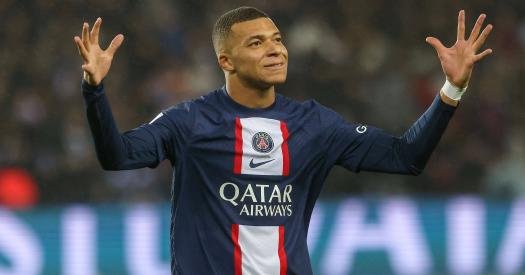 There are only a few days left for next year, which means it’s time to take stock. “Soviet Sport” has compiled for you the top 10 football players of 2022, who scored the most goals and assists in the best leagues in Europe.

Current Ballon d’Or winner Karim Benzema opens the top ten. In this ranking he could be much higher, but this season he is often let down by injuries, although in the spring of this year he had no equal. Perhaps in 2023 he will be rehabilitated, and we will see one of the best forwards of our time in action again.

Mohamed Salah and Liverpool as a whole have a difficult season, but the Egyptian winger, even in the current situation, knew how to adapt to the difficulties, thanks to which he also entered the top ten players in Europe in the goal + pass system . .

Kevin de Bruyne is the heart of Manchester City, bringing results on the pitch regardless of teammates on the pitch and tournament goals, but with the arrival of Erling Haaland it has become even easier for him to dish out assists.

This season, De Bruyne has surpassed Steven Gerrard’s record for most assists in the Premier League, although the Englishman needed 217 more games for the same tally.

Harry Kane is one of the best strikers of the decade, having been paired with a number of top-tier clubs, but still carrying the whole of Tottenham on his shoulders. In the 2022 World Cup he became part of the anti-hero of the England team, but on his return to the Premier League, in the very first game after the break, he scored a goal again, which was already the 13th in 16 games. . it’s from the season

Just a bit in the top five was not enough for the least promoted player on this list, Christopher Nkunku, who, playing for the relatively modest RB Leipzig, works miracles. The French striker scores in all tournaments, and due to the absence of Erling Holland and Robert Lewandowski in the Bundesliga, it was he who became the tournament’s top scorer.

Neymar is often injured, but even so, he is consistently one of the world football leaders in terms of goals and assists. At the age of 30, the Brazilian striker had blossomed in a special way, and now his performance is even higher than ever.

Lewandowski lost the Bundesliga throne to Nkunku, and went to conquer La Liga, where he did not slow down either. Currently, he is Barcelona’s top scorer in both the Champions League and the Spanish Championship.

In this ranking, Erling occupies only the third position, but it is worth noting separately that he went through the most difficult path. Haaland in his heyday left his comfortable Borussia to move to a completely different level and prove himself in perhaps the most tactically difficult team in the world. And what is more surprising, the Norwegian goalscorer fitted in without problems in Guardiola’s game, without losing an iota of goals and assists.

For Lionel Messi, 2022 is going to be a fantastic year. In spring he almost adapted to the French championship, and in autumn he added several times, and now, he is again at the top in terms of number of assists. Magician.

Unlike Messi, Kylian Mbappe has been playing in Ligue 1 all his life, and he can rightfully be considered the king of this championship. 72 effective actions in a calendar year is a cosmic result, but in 2023, with Lionel and Neymar playing, it will be even more difficult for Kilian to surpass his teammates.

Share
Facebook
Twitter
Pinterest
WhatsApp
Previous article
The international Russian-language modern playwriting competition “Acting Foxes” announced the list of finalists for 2022 KXan 36 Daily News
Next article
The Ministry of Finance has changed the structure of the National Welfare Fund: what does this mean for Russia?