HomeSportsVladimir Ivic is the new head coach of Krasnodar. What is...
Sports

Vladimir Ivic is the new head coach of Krasnodar. What is known about him? 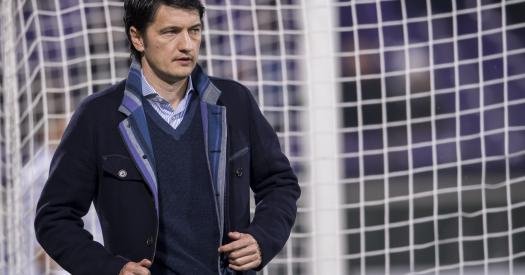 From 2011 to 2013, the head coach of Krasnodar was Slavoljub Muslin, who until 2023 remained the only foreign specialist who had the honor of being invited by Sergei Galitsky. At the beginning of 2022, Daniel Farke was formally the head coach, but he did not play a single game in charge of the team and left Russia in March. After that, the team was led by Alexander Storozhuk, but the results of the Krasnodar leaders were not satisfied, and therefore Vladimir Ivich was appointed in his place. And who is this anyway?

As I said, Ivic will be the second full-fledged foreign coach of Krasnodar, except for Viktor Goncharenko from Belarus and Farke, but even more surprising, he is once again the representative of a now-defunct state, which was previously called Yugoslavia. Ivic was born in the city of Zrenjanin, which is located 60 km north of the birthplace of Muslin, who was the first foreigner in the history of Krasnodar.

As a player, Ivic had a not so impressive career playing for Partizan, Borussia Mönchengladbach, AEK, Aris, PAOK. In the last one he started his coaching career, where he first worked with the youth team, and after three years he got the opportunity to coach the PAOK main team. And already in the first season, the young Serbian coach got the first trophy, something that Krasnodar has not yet been able to do in history.

Ivic really blossomed at Maccabi Tel Aviv, with whom he won two consecutive championships, although the club had previously won the Israeli championship just once, six years earlier. At that time, Maccabi did not show too bright a game, but showed incredible efficiency, including due to unusually high flexibility and bold tactical decisions. For example, “Maccabi” in one match can go out with a 4-3-3 in attack, and in the next one they can radically change and close in defense with a 5-4-1.

In August, Ivic received a well-deserved promotion when he went to Watford, but he only lasted four months, after which he would return to Maccabi, with whom he was twice among the top three teams in Israel.

However, to call Vladimir an impeccable coach would also be a lie. Ivic is not one of those who captivate Krasnodar fans with emotions and a smile at press conferences, but can be classified as a meticulous, tough coach obsessed with his own thoughts.

Watford striker Troy Deeney once admitted that Ivic was thorough with every mistake but paid little attention to the positive aspects of the game, leaving players feeling emotionally unimportant. However, this rapprochement gave the Serbian and Watford a result that brought the team closer to the leaders of the table, but the atmosphere in the team and the discontent of the management with a boring game led to Ivic’s resignation. . It is possible that the real reason for the resignation was the loss of training for the first team of the aforementioned Dini, with which the others did not agree.

It is also impossible not to say about the lack of achievements in the transfer market. In all the years at Maccabi under Ivic, not a single player has developed into a truly stylish player who would move up to Europe’s top league. Ivic did not take advantage of the fruits of the quarry, from where only a couple of players have grown to the main team.

Vladimir Ivic is a “pig in a punch” from whom you can expect anything. He can immediately fail and not adapt to the RPL, or stay in Krasnodar for several years, perhaps for which Galitsky will see the first trophy in the club’s history.

Share
Facebook
Twitter
Pinterest
WhatsApp
Previous article
“The United States has unleashed a spiral of confrontation.” The Russian Foreign Ministry commented on the State Department’s call to equalize the number of diplomats
Next article
The green hydrogen ‘made in Spain’ finalizes its jump to the Nasdaq together with RMG