Where will Safonov, Kuzyaev and Barinov continue their careers? RPL players with contracts expiring in the summer 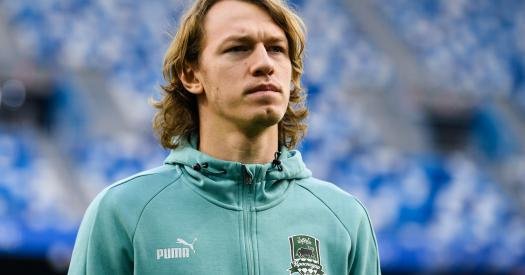 The main student of the Krasnodar Academy, a well-known football player of the Russian national team. Until recently, he was part of a powerful project, but a group of strong legionnaires from the “people of the town” left, and there was no worthy replacement for them. The club has young people, foreigners and nationals. In general, it turns out decently, but nevertheless, gradually the results are decreasing.

Safonov passed a very controversial segment. On the one hand, in the fall he became the RPL leader in super saves, on the other hand, he made a series of scoring errors. Perhaps, first of all, this suggests that the Bulls are in trouble defensively… There has been no word on his contract extension yet, just as there is no doubt that Krasnodar wants to keep Matvey. The only question is his wishes, it’s no secret that Zenit has been looking at him for a long time.

We all remember how in 2020 the midfielder refused to renew his contract with Zenit due to his desire to play in Europe, but he hit a wall. With Valencia it did not work out due to the resignation of coach Celades, Alavés turned out to be too poor, Rennes preferred to spend money on a more famous footballer and Sampdoria did not wait for Daler’s response.

As a result, in October he returned to Zenit, but of course he did not lose hope of trying to go to Europe again. He has been at a very good level for the last two years, so there should be options.

They say that last spring Valencia had a substantial interest in him, but now everything Russian in Europe is looked at with suspicion. In the summer, the deal did not take place, but Barinov did not weaken in terms of the quality of the game, so it would not be surprising if one of the Spanish or Italian middle peasants made an offer. Otherwise, there will be two options: Loko and (if there is interest) Zenit.

The base footballer, of which there is no doubt, is needed by Zenit. However, the club does not hide that it intends to start negotiations during the January rally in Qatar. As with Kuzyaev, Dejan Lovren and Mikhail Kerzhakov. But only in the face of the contrary desire of Karavaev and the goalkeeper there is no question. No one will offer you better options.

He had a great World Cup, reminding all of Europe that at 33 he is in perfect condition. Zenit, of course, would like to keep the status of a Croatian (he is preparing a contract until 2024), but it is not a fact that he is halfway there. An interesting proposal from the top 5 leagues could shake St. Petersburg’s confidence in a positive outcome of the negotiations.