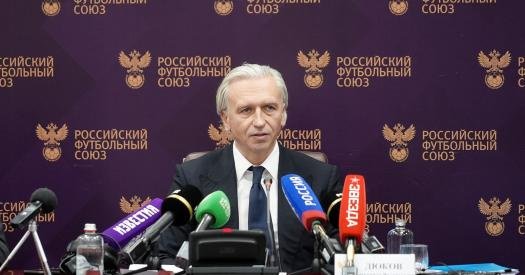 RFU president Alexander Dyukov said after Friday’s meeting of the RFU executive committee that Russia must submit an application to withdraw from UEFA and move to the Asian Football Confederation (AFC) by December 31 to be in time for the selection for the 2026 World Cup. . Otherwise, we will have to wait until 2027 to participate in the official selection.

And at the same time, the decision to leave UEFA and move to the AFC was not made on Friday, it was postponed to December 27, when the members of the executive committee will meet online. It seemed that everything was already decided and suddenly this.

Some sources claim that Russian football curators understood the ambiguity of moving to Asia after a trip to Qatar and speaking with influential football officials. Therefore, now we must take responsibility for such a decision, and we have problems with this. Granted, you must be a very brave person to be responsible for the decision to change the games with teams from Italy and England to games with teams from Syria and Bahrain. It is not known how many generations of national footballers will go not to San Siro or Wembley, but to the stadium in Aleppo, Syria. Those who think, okay, let’s play clubs from Japan, Australia and South Korea, they are wrong, all these teams came out of the groups in the World Cup. However, nothing like that, geographically it turns out that Russia in the AFC Champions League will have to play with the Middle East and Central Asia, and not with teams from the Far East. Therefore, the Aleppo matches are not a joke at all. Just like in Dushanbe, Turkmen Annau or Uzbek Karshi. Any meeting with teams from the Far East will only be possible in the finals.

At the same time, Alexander Dyukov also said that half of the RPL clubs are eager to move to Asia, and the other half believe that they should play at least somewhere. According to the former president of the RFU, Vyacheslav Koloskov, who, by the way, opposes the transition to the AFC, none of the members of the executive committee expressed strict demands to remain in UEFA. However, no decision was made. What’s the matter?

First of all, UEFA has declared that it wants to keep Russia in its ranks. Despite all the rumor that Europe wants to cancel everything Russian, including football. For the next summer, UEFA even planned a youth tournament in Volgograd under his supervision with the participation of the national teams of Russia, Belarus, Kazakhstan and Kyrgyzstan. Secondly, Mr. Dyukov himself says that FIFA’s decision is not formally needed, but the opinion of the main organization in the world of football, the AFC, cannot be ignored. Until now, this opinion was expressed only on February 28 in the form of the removal of Russia from participation in tournaments under the auspices of the federation. And it does not depend on whether the RFU is in the AFC or in UEFA. Thirdly, it is symbolic that, in principle, no one has ever left UEFA, so there is no procedure and it has not yet been established. And hardly anyone wants to take responsibility for making Russia the first country to leave UEFA. Finally, fourthly, it is by no means a given that the AFC will accept the RFU into its ranks, a situation that is possible when Russia leaves Europe and gets stuck halfway to Asia.

Also, you just need to look around and look beyond the world of football. Of those sports that only tennis and chess are in sight, the Russians were allowed to compete and strictly individually, without participating in team tournaments. Although FIDE is headed by the Russians Arkady Dvorkovich, this did not help at all in terms of the participation of our athletes in team tournaments.

But even more indicative is the postponement of the Ice Hockey World Cup, which loses a lot without the Russians in the NHL and they do not want to celebrate it in this format. The NHL does not care about the opinion of either the IOC or anyone else, it is a commercial league, but it has even postponed the tournament with the participation of the Russian national team until 2025.

The removal of Russians from world sports, of course, is political in nature, and this is the main problem. For the return, it should not change the Russian sport, as in the case of doping, but the political situation. Meanwhile, there is an IOC decision to ban Russian sports, which was duplicated by almost all relevant federations, including FIFA.

Actually, if Russia moves to Asia, do you know which scenario would be the most realistic? The RFU will be able to enter the AFC, there should be enough votes, but the Asians will simply repeat FIFA’s decision with the second decision, and Russia will again not be able to participate in international tournaments at the club and team level. . Moreover, we will not be able to know in advance, it may well be taken literally, as they say about wheels. This, in turn, will mean a complete collapse of Russian football and its governing bodies. Therefore, I have no doubt that the members of the executive committee take such risks into account.

And the participation in the selection for the 2026 World Cup still seems to build castles in the air. The tournament is organized by FIFA, and the sanctions of this organization against Russia have not been lifted and so far there is no light at the end of the tunnel.

That is why Alexander Dyukov, after the executive committee, said that even the withdrawal letter from FIFA could, if necessary, be reproduced and retain membership in UEFA until all formal procedures are completed. That is, the final decision will not be on December 27, but much later.