HomeSportsYuran instead of Slutsky, Dziuba in Serie A and other transfer news...
Sports

Yuran instead of Slutsky, Dziuba in Serie A and other transfer news from the last day 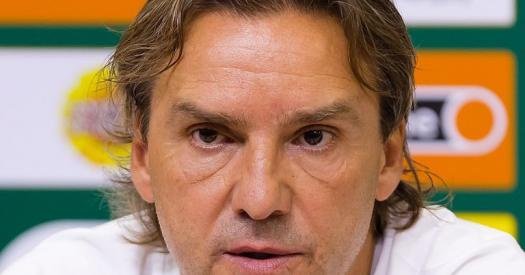 In March 2022, the Brazilian Wanderson was one of the first to leave Krasnodar, but not only did he escape, but Internacional took him on paid rent. During this time, the winger scored 6 goals and 3 assists, which convinced the management of the Brazilian club to terminate his contract. According to Transfermarkt, the bulls will receive 4.5 million euros.

The football club “Orenburg” announced the transfer of Matias Perez, the transfer of which cost one million euros. Previously, the central defender played for Lanus, but in the RPL he will join three other Argentines already playing for the Orenburg team.

The “Championship” reports that Sergei Yuran, who has not settled after “Khimki”, will soon negotiate with the leadership of “Rubin”. However, his appointment is opposed by fans who want to see a native of Kazan and currently fulfilling his obligations as head coach Yuri Utkulbaev leading the team.

Journalist Ivan Karpov claims that two Moscow clubs will compete for central defender Ilya Agapov at once. The 21-year-old player from Nizhny Novgorod is wanted by Lokomotiv and CSKA, who, if agreed, are willing to leave Agapov at his current club until the end of the season. Let me remind you that Ilya moved to Pari NN in 2022 from Spartak.

Insider Fabrizio Romano rarely misses, so this news can already be safely entered in the “facts” section. Fabrizio is convinced that Chelsea have signed David Datro Fofana for a transfer of 12 million euros. This is an Ivorian striker, who scored 21 + 7 goals for Molde in 37 games, including in European competition.

Khvicha Kvaratskhelia brilliantly broke into Serie A, thanks to which he even began to enter the top 10 nominees for the title of the best player of the season according to many authoritative sources, and therefore Napoli wants to strengthen the agreement with him. The Georgian winger can extend his contract until 2028, and at the same time receive a doubling of his salary, which currently stands at 1.2 million euros.

Sport24 reports that Serie A newcomer Monza is seriously considering Artem Dziuba’s candidacy, but the player’s representatives said that the Russian currently does not want to move to the Italian club as he is waiting for an offer from the RPL.

Former Real Madrid midfielder Isco has terminated his contract with Sevilla. He has been playing for this club since August and the reason for his departure could be a conflict with one of the club’s bosses. No further employment opportunities for the 30-year-old midfielder are known yet.

It turns out that Real Madrid did not reject the invitation of Cillian Mbappé, and soon the club will try again to carry out the signing of the French. For this, the club’s top manager, Florentino Pérez, is willing to allocate a billion (!) Euros, which should be enough for transfers, uprisings, bonuses, agency fees and Killian’s salary. crazy money.