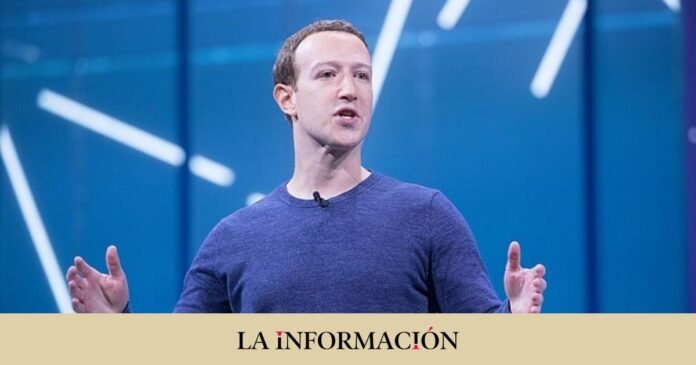 Facebook takes the first steps to carry out the important template adjustments in the Spanish market. The company has hired the international law firm Baker Mckenzie to carry out the entire process of the Employment Regulation File (ERE) that will involve the departure of dozens of employees in Spain, both from the main division and from the rest. This cut occurs amid doubts about the condition of the projects linked to the metaverse that were going to be located in the country and that were announced by the multinational earlier this year.

Facebook’s holding company, Meta, announced a month and a half ago a massive layoff around the world that would affect up to 11,000 employees worldwide, 13% of its global workforce. The figure exceeded the forecasts that had been initially handled. At that time it was assured that it would affect all markets, but it was not specified. Now, as confirmed by known sources to La Información, the procedures have begun with Baker, who will be in charge of carrying out all the previous work of the ERE and the negotiation of the exit conditions. Official sources at the firm decline to comment.

The formal negotiation of the collective dismissal is now beginning. The total condition is not yet closed. Industry sources speak of up to a third of the total workforce in Spain, which would affect business development teams such as Reality Labs, employees assigned to virtual and augmented reality. Mark Zuckerberg, in the official November publication: “The process outside the US differs by country and we are working to comply with local laws and regulations.

As is the case with other multinational technology companies and renowned startups, the procedures should be completed during the first quarter of the year. In the United States, as Zuckerberg himself was paid, 16 weeks of base severance was paid plus an additional two weeks for each year of unlimited service. To this they added all the vacations not enjoyed and the repurchase of all the ‘stock options’ accumulated until mid-November, together with the medical coverage for six months.

The main subsidiary with Meta operates in Spain is Facebook Spain SL, which was created in 2009 in Spain and, more recently, the resale of advertising services for Spanish clients (the rest are billed from Ireland). The workforce directly linked to this company was 90 at the beginning of 2021, according to the data reflected in the accounts for the year 2020, recently presented in the Mercantile Registry. To these it would be necessary to add other ‘tied’ to other teams, but established in this country.

It is the first staff adjustment that has taken place in the Spanish subsidiary of Facebook, after more than a decade of experience and uninterrupted growth

Meta’s growth has been exponential in recent years. Also the expenses and the templates. As of September 30, its team around the world was just over 87,000 employees. In the previous quarter of the outbreak of the coronavirus pandemic, in March 2020, that number was just over 44,000. That is to say, in two and a half years they have doubled the positions with a strong commitment to the metaverse as the new great platform that will explode commercially.

The projects in Spain

Regardless of the specific conditions, there is still uncertainty about how these cuts will affect the plans that the company that owns the social network Facebook and WhatsApp or Instagram applications in Spain. In March of this year, the company’s ‘number 2’ himself, the Spanish Javier Oliván, announced after a meeting with the Prime Minister, Pedro Sánchez, that a series of relevant investments were going to be addressed that positioned Spain as a center relevant to the group. The first data center was to be built in Talavera de la Reina (Toledo), with an investment of around 1,000 million euros, and the creation of a ‘hub’ with 2,000 employees was planned to develop the metaverse ecosystem in the first Meta Lab of the world.

At first, after the announcement of the global layoffs in November, the government was confident that the investments would be maintained. The Secretary of State for Digitization, Carme Artigas, insisted: “Of course, these investment plans are going ahead and this restructuring is precisely in the areas that they are going to stop doing, not in those that are doing new ones; when a company makes a commitment, we do not have to doubt this commitment.”

Meta is not the only tech giant facing significant team shakeups after years of very strong growth, especially after the global coronavirus pandemic. Twitter fired, after the irruption of Elon Musk as the main shareholder, just over half of the staff, with the potential closure of the Spanish office on the horizon. Alphabet, parent of Google, also studies up to 10,000 exits, as The Wall Street Journal recently published. The New York Times. In Spain, the firm founded by Jeff Bezos has paralyzed a series of warehouse projects and has slowed down the hiring of personnel for shipments.