HomeLatest News"If Messi says to me 'play like me', you can end your...
Latest News

“If Messi says to me ‘play like me’, you can end your career.” The youngest player of the Russian national team Sergey Pinyaev told how he sees his football path KXan 36 Daily News 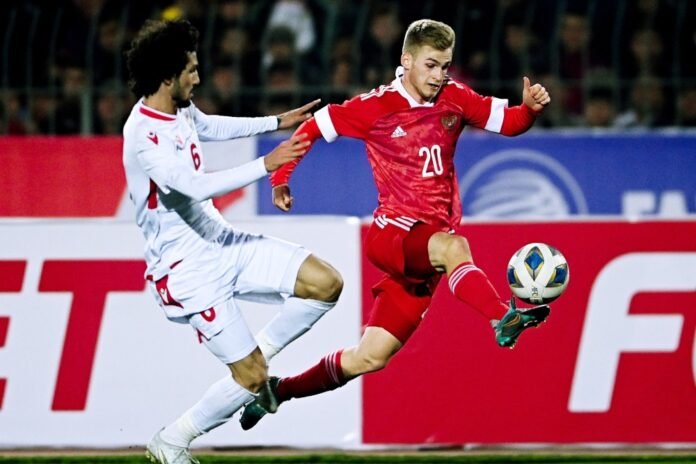 At the age of 15, Sergei had two internships at Manchester United, where he absolutely impressed everyone. At the age of 15, Pinyaev became the youngest player in the National Football League (the second strongest Russian division), and at the age of 16 he signed a contract with the Samara Premier League club Wings of the Soviets. . In November this year, Sergey Pinyaev became the youngest player in RPL history to reach the five-goal mark. At that time, his age was 18 years and 4 days.

No one was surprised that it was Pinyaev who, at the end of 2022, received the “First Five”, the award for the best young player in the RPL. Even force majeure did not prevent Sergey from taking the prize. In July, the midfielder fell ill during training – he was diagnosed with a pneumothorax (intake of air into the pleural region, which causes a violation of the ventilation of the lungs). However, Pinyaev made a quick recovery and in November he too made his debut for the Russian team, becoming the youngest player to wear a national team jersey.

Right after the Top Five award ceremony, Sergey Pinyaev told RG how he feels about being called the main Russian football talent, how he sees his football path and under what conditions he is ready to end his career “quietly”.

You got your first football “five”. Were you friends with grades at school?

Sergey Pinyaev: I had to, yes. He studied without triples.

Sergey Pinyaev: There was no favorite author. I have always been interested in discussing works, expressing my point of view.

Are you reading something now?

Sergey Pinyaev: There is no such book yet.

You said that in terms of education among footballers, Fedor Smolov is an idol for you…

Sergey Pinyaev: Not exactly an idol. This is a person who is nice to see in the media.

Of all the football irons, it rushes that you are the main talent of Russian football. How do you live with that?

Sergey Pinyaev: I am already used to these conversations. Resigned to the fact that everyone is doing their job. For example, they try to call me something new so that more people read about it.

How do you see your ideal path in football? And how do you follow it?

Sergey Pinyaev: European career. How far do I follow this path? If I’m not in Europe, then it’s not very good. I would like to go there some day.

You entered the history of national football for various reasons. What was the most memorable moment for you?

Sergey Pinyaev: Emotionally, the first goal in the Premier League.

What did you feel at that moment?

Sergey Pinyaev: It was like a weight was lifted off my shoulders.

Sergey Pinyaev: If Messi says so, then I can safely finish my career.

Let’s imagine that you are faced with a choice: go to a top club with no guarantees to prove your worth or to a club of a medium level, where there are more chances of playing time…

Sergey Pinyaev: Are you talking about European clubs? I need a stage where I will play constantly, so that I can then move to a higher team in a different state.

You don’t have such a long career, but you’ve already had proof. This summer you had to go through the notorious pneumothorax. Was that your biggest fear in your life?

Have you walked away from that story yet?

Sergey Pinyaev: Since I am sitting in front of you, since I have already entered the field, it means that we can assume that I have recovered.

If Messi says of me “play like me”, you can end your career

You are the youngest player in the history of the national team, you broke Akinfeev’s record. Is it just a check mark on your resume for you or something else?

Sergey Pinyaev: For those who read my resume, yes, just one tick. For me? He was not aiming to break Akinfeev’s record. The objective was to enter the national team.

Two years ago, you said that you give most of your salary to your parents. Have the proportions changed?

Sergey Pinyaev: I try to help my parents, I will try to provide them financially and financially. Now they definitely do not need anything, they have everything they need. When it comes to luxury, they are not the type of people who go out of their way to wear expensive things, drive expensive cars.

And for you, how important is it to drive a beautiful car, to look spectacular?

Sergey Pinyaev: I don’t have a car. And appearance is important. I want to always be tidy.