HomeLatest NewsSánchez and Díaz meet to evaluate the year after agreeing on the...
Latest News 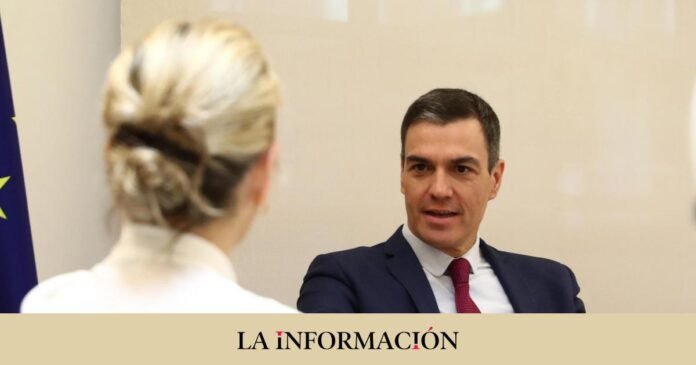 The second President of the Government, Pedro Sánchez, and the Vice President and Minister of Labour, Yolanda Díaz, held a meeting in Moncloa after agreeing on the measures that will finally be included in the third anti-crisis package that will be approved by the Council of Ministers.

According to government sources have transferred to EFE, in the meeting they have not finalized the pact, which would have been closed previously, but they have made a joint assessment of this 2022 and prepared some lines of work for the next.

After the meeting with the ministers, it will be the President of the Government, Pedro Sánchez, who will report the details of the decree drawn up among the members of the Executive, in a comparison scheduled at 1:00 p.m., in which he is also expected to carry out a political and economic balance of a year marked by the international consequences of the Russian invasion of Ukraine.

At the moment the details of the text are unknown, such as whether it includes a reduction in VAT on certain foods or whether an agreement has been reached on housing for the freezing of rents. While the limitation of the fuel discount to certain sectors seems confirmed. During the morning of this Tuesday, the Secretary of State for Social Rights, Nacho Álvarez, was interviewed on RNE’s ‘Las mañanas’; however, he has not ventured to advance details of the agreement.

Along the same lines, the spokesman for the formation in Congress, Pablo Echenique, did not want to confirm that the measures finally agreed upon between the partners of the Government were inadequate, while waiting for the meeting between its members and the head of the Executive unveil these unknowns.

Extension of some measures

Although the Executive has not contemplated almost any extension measures in the 2023 General State Budget (PGE) to respond to the consequences of the war in Ukraine, sources from the Ministry of Finance assume that “quite a few measures” will have to be extended currently in vigor. The only exception that is included in the public accounts for next year is the free Cercanías and Media Distancia tickets for frequent travelers, which will mean around 660 million euros throughout the year. Among the measures that have already been confirmed to be extended, the 2% limit for updating rental income and the 15% increase in non-contributory pensions stand out, after the Government’s agreement with EH Bildu to obtain their support for the General State Budget (PGE) of 2023.

In fiscal matters, the Government promoted a battery of measures aimed at containing the rise in prices on the electricity bill. Of note is the drop in VAT on the electricity bill from 10% to 5%, which is applied to consumers, companies or individuals, with a contracted power of up to 10 kilowatts, the application of the tax rate of 0.5% of the Special Tax on Electricity, and the extension of the temporary suspension of the Tax on the value of the production of electrical energy.

All these tax reductions aimed at moderating the increases in the price of electricity supposed between January and October a decrease in tax revenues compared to last year of 6,436 million, according to the latest data updated by the Tax Agency in its monthly report.

It should also be remembered that in the second package of measures approved in June, the Government added the temporary increase of 15% of the Minimum Vital Income, the prohibition of the suspension of the supply of electricity, gas and water, a direct aid of 200 euros for salaried, self-employed and unemployed registered in the employment offices residing in households with an income of less than 14,000 euros and the freezing of the maximum price of the butane cylinder until the end of the year at 19.55 euros.