HomeSportsFour clubs from Brazil and zero from the Premier League. And...
Sports

Four clubs from Brazil and zero from the Premier League. And the leader in number of world champions is Juventus 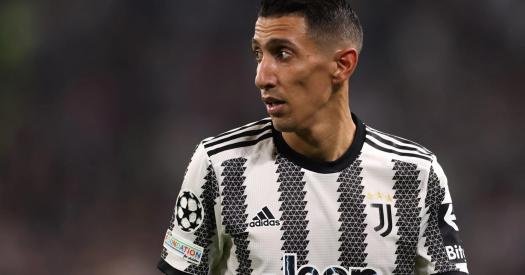 The Brazilian edition of Globo Esporte made a count of all the world champions in terms of club representation. It turned out that Juventus is the best in the history of world football.

The current composition of the Argentine national team included three representatives of Sevilla (Gonzalo Montiel, Marcos Acuña and Alejandro Gómez) and Atlético (Nahuel Molina, Rodrigo de Paul, Angel Correa) at once, but these two teams are not among the best. . The top 15 has four Brazilian and Italian clubs each, plus two German, Uruguayan and Spanish clubs plus one from Argentina.

A third of all these titles (nine, in terms of the number of players) came at the 1934 World Cup, held for the second time in history. But the fact is that the Turin club is the most represented among gold medal holders. Angel di Maria and Leandro Paredes joined the list this year.

The Munich superclub is traditionally the base of the German team, which has won four world championships (only Brazil has more, five), so its high rankings are logical. Furthermore, if France were to win the final in Qatar, it would be Bayern, thanks to their four representatives (Benjamin Pavard, Luca Hernandez, Dayot Upamecano and Kingsley Coman), who would come out on top.

Lautaro Martínez celebrated a curious world championship for himself, but he joined the list of the Nerazzurri with a gold medal.

More Paulo Dybala. And before him, Daniele de Rossi, Francesco Totti and Simone Perrotta, who won the World Cup 16 years ago, were the last to glorify the Roman club.

Five players from the Uruguayan club won gold at the first World Cup in 1930, which was held in Uruguay and did not resemble today’s world championships.

A similar picture, only the Nacional players in 1930 were already eight.

Representatives of this club were in all the Brazilian teams that won World Cup gold: De Sordi, Mauro and Dino Sani in 1958, Bellini and Jurandir in 1962, Gerson in 1970, Cafu, Leonardo, Muller and Zetti in 1990 and Belletti. , Kaká and Rogerio Seni in 2002.

In Spain, 10 players from the current Argentine team play, but none are in the composition of Barça or Real Madrid. So, they could only add to the trophy list if the French won: Jules Kunde and Ousmane Dembele represent Catalonia, and Aurélien Tchuameni, Eduardo Camavinga and Karim Benzema (remained in the application until the end) – the capital of Spain.

11 titles brought 8 champions, with Mario Zagallo winning the World Cup both as a player and as a coach. Nilton Santos, Garrincha and Didi each won two golds (1958 and 1962).

Also in the top 15 clubs are AC Milan (10 league titles), Colonia, Palmeiras and River Plate (9 each). But not a single English or French club was at the top of this ranking.

Share
Facebook
Twitter
Pinterest
WhatsApp
Previous article
The Senate of the US Congress approved the country’s proposed budget for 2023, which provides for the allocation of $ 44.9 billion to help Ukraine KXan 36 Daily News
Next article
Japanese cosplayer shows final version of Makima in Chainsaw Man