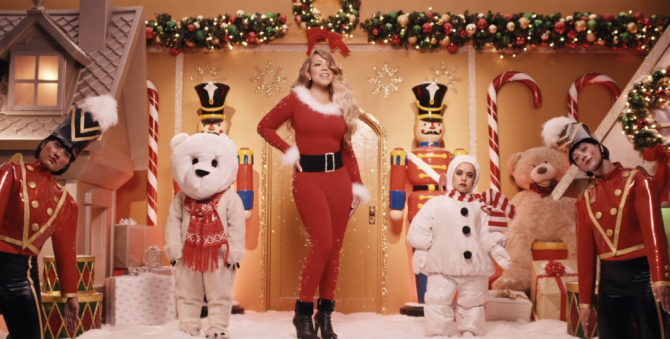 Mariah Carey’s Christmas song has broken a new record. In the last 24 hours, the song “All I Want For Christmas Is You” has received 21,273,357 streams on Spotify. Vulture writes about it.

Thus, Mariah Carey broke the record of the singer Adele with the single “Easy On Me” for listening in one day. The track was played 19,747,000 times in a single day.

Mariah Carey’s Christmas song was included on the album “Merry Christmas”. The fact that the composition became one of the soundtracks for the romantic film “Love Actually” in 2003 brought it popularity. Hugh Grant, Liam Neeson, Emma Thompson, Colin Firth, Alan Rickman, and Keira Knightley all starred in the film.

Previously, “All I Want for Christmas Is You” once again topped the Billboard Hot 100. The song, released 28 years ago, has already topped the chart three times.