HomeLatest NewsWhich coastal capitals have homes that are 30% cheaper than in the...
Latest News 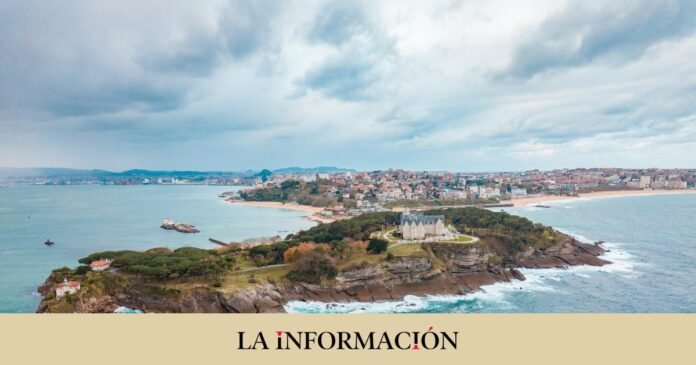 The housing market has closed 2022 with a rise of 8.8% compared to the fourth quarter of the previous year, according to data compiled by the Tinsa appraisal company. However, some cities on the coast, which are also provincial capitals, certainly keep their prices below the maximums reached just before the ‘pomp’ of the housing bubble bursts. Tarragona, Santander and Almería register the greatest distance with respect to the peaks registered in 2007 and 2008, with a difference of more than 30% in the price of each square meter.

In Tarragona, housing has experienced a drop of 1,082 euros on average for each square meter in the same period (40.2%). In other words, in the Catalan city the m2 has gone from being sold for 2,577 euros on average in the fourth quarter of 2007, to standing 15 years later at 1,529. For this reason, it stands out as an interesting option to invest in a home near the sea, in the second special, if you want to opt for the Catalan coast, since it is the only capital in the region that has a beach and the second after Lleida with the largest price difference compared to the previous decade.

The city of Santander, on the other hand, if you prefer to opt for the Cantabrian coast, offers each square meter for a value of Currently, the m2 in the capital of Cantabria is valued at 1,842 euros on average and then it amounted to 2,651 €/m2. However, contrary to what might seem a priori, this region has also experienced a rise in prices in the last year. In Santander, the m2 has risen by 7.3% throughout 2022, although it has done so less than in the province, where it has increased by 11.2% to reach €1,479/m2.

Although, if you want to have guaranteed sun and are looking to buy a home in the southern area, Almería has established itself as the best option after seeing its prices per square meter decrease by 36.2% on average since the fourth quarter of 2008. More A decade later, the average price per m2 stands at 1,369 euros, a figure considerably lower than the 2,144 euros it reached then, although at the same time it represents an increase of 7.8% compared to that period of 2021. The evolution of The province, unlike Cantabria, does follow this drop in the medium term, since the price per square meter is 40.5% ahead of the maximum reached in the real estate boom.

Beyond these points, the capitals show a slight slowdown with respect to the evolution of their provinces, as reflected in the Tinsa report. A total of 34 cities with this category have experienced interannual variations lower than those of their provinces, with the exception of Las Palmas de Gran Canaria and San Sebastián, which add to the trend observed in Almería. In addition, in the interior territory, Lleida, Ciudad Real, Soria and Segovia are the ones with the greatest price difference compared to the maximums prior to the 2008 crisis, with each m2 sold below 44% of the price registered in those years. .

These two coastal capitals are precisely the ones that come closest to the bubble’s maximum. Palma de Mallorca barely saves a difference of one point compared to the peak of the third quarter of 2008, with a price of €2,645/m2. While the distance from San Sebastián is already less than ten points (-9.7%), reaching €4,074/m2. And they are followed by Malaga, where the remainder is 14.8%, and the cities of Ceuta and Melilla, where the offer is so scarce that the variations are more accentuated and the distance from the 2008 record is just over one point. .

Broadly speaking, the price of housing has become more expensive during 2022, an increase of 8.8% compared to the same period in 2021 and 2.4% compared to the data for September. In addition, the data reflects that the number of transactions has recovered after the pandemic, registering high levels, although it is expected that the change in monetary policy of the European Central Bank and the tightening of the conditions to offer credit to the bank, will move the market. Residential.